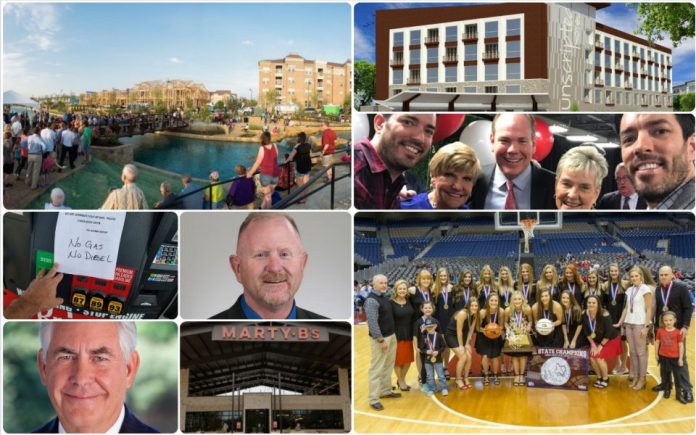 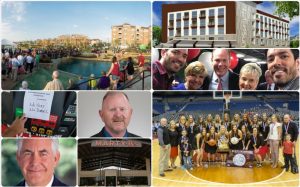 Our supercharged southern Denton County economy continued to hum along in 2017, but development pressure caused the usual political backlash. Mother Nature also put pressure on us in the form of giant hailstones and we could not escape the effects of Hurricane Harvey at the gas pump. Once we found fuel, a new restaurant was always just around the corner.

As we jump into our 39th year of serving southern Denton County, let’s pause for a moment and take a look back at the past 12 months. Here are our picks for the top news stories of 2017 (in no particular order):

It’s taken nearly a decade and multiple developers, but Flower Mound’s “downtown,” The River Walk at Central Park, made big progress in 2017 with the official opening of the river walk and the town’s first hotel.

Argyle got a new mayor and two new council members in May as development backlash swept the town.

Lots of new restaurants opened in 2017, including a new Texas Hill Country-themed eatery in Bartonville and a long-awaited local Mexican chain that took up residence on FM 2499 in Flower Mound.

Tillerson confirmed as next Secretary of State

Argyle police in July investigated the town’s first homicide since the department was established in 1981.

Gridlock was eased (a little) when TxDOT cut the ribbon on Phase 1 of the billion dollar 35 Express project in November.

School funding got a boost in May when bonds were approved by voters in Lewisville ISD and Argyle ISD.

Northlake is set to double in population, as Hillwood Communities closed on its largest residential development to date.

When is one ever enough? Flower Mound officials approved the town’s second and third hotels in 2017.

Town Council gets The Point

Big just got bigger. The real estate company that developed Lantana was acquired by the country’s largest homebuilder in July.

Bobby Dowell was appointed as Bartonville’s police chief after Corry Blount moved on.

The Liberty Christian cheerleaders continued their winning ways and took state for the fourth year in a row.

Tanger Outlets cuts the ribbon at Fort Worth grand opening

Tejml: So many will miss Eric Metzger

What was your top story of 2017? Tell us in the comments below. Happy New Year!