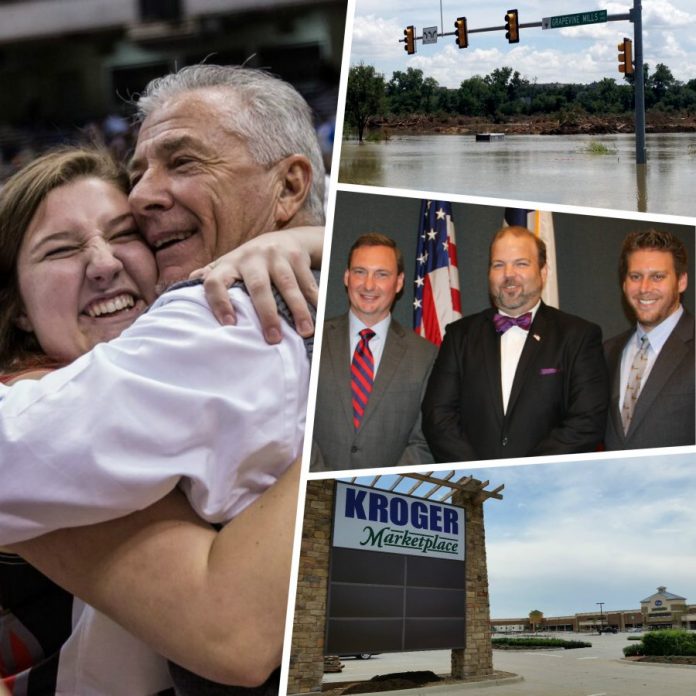 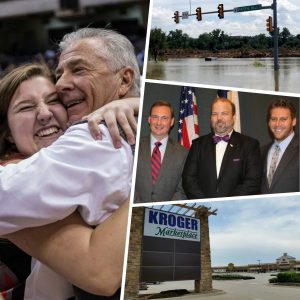 As we look back at 2015 in southern Denton County, we saw big changes in the weather, our landscape and the local political winds.

Here are our picks for the top news stories of 2015 (in no particular order):

Copious amounts of rain in April, May and early June closed roads, filled up reservoirs, flooded homes, businesses and parks, and delayed trash pickup, contributing to the wettest year ever recorded in North Texas.

With a mandate from voters to slow down commercial and residential development in Flower Mound, three newcomers were swept into office in May after a contentious race.

The new Kroger Marketplace anchoring Lantana Town Center in Bartonville opened its doors on May 22 to much fanfare.

Southern Denton County residents were up in arms over unusually high water bills this summer.

The discovery of a historic log cabin located inside an old house on the west side of Flower Mound by a developer prompted the town to pitch in and help save it.

The Argyle Lady Eagles won the 4A UIL girls’ basketball state championship game on March 7 and coach Skip Townsend was named the Texas Basketball Coaches Association Coach of the Year.

A multi-million dollar renovation was completed at The Shops at Highland Village.

Flower Mound officials and residents cut the ribbon on the town’s $5 million, 22,000 square-foot senior center in May.

It was a muddy mess, but the Marcus High School Lady Marauders prevailed at the 6A Texas State Cross Country Championship in November.

Ground was broken in June on the five-story Courtyard by Marriott at the River Walk at Central Park, although other portions of the development are behind schedule.

Flower Mound’s first dog park will soon be a reality after the town approved the $800 thousand project in April for Heritage Park.

What was your top story of 2015?  Tell us in the comments below.  Happy New Year!