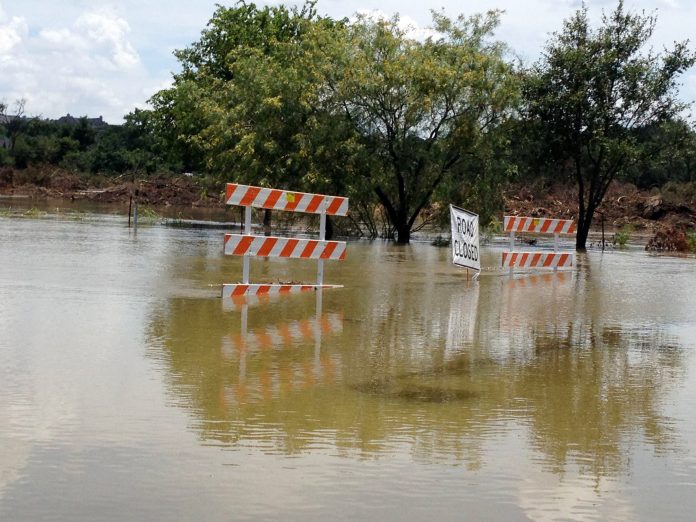 It’s anybody’s guess as to when three major commuter routes in southern Denton County will reopen after copious amounts of rain in May and June caused flooding that has hemmed in frustrated motorists.

Heavily-traveled FM 2499 is closed in both directions from Lakeside Parkway to Grapevine Mills Boulevard as a result of flooding at Denton Creek from Lake Grapevine.

Southbound FM 2499 was closed around 12:30 p.m. last Thursday. The northbound lanes were shut down around 5 a.m. Friday.

There is no timeline for the road to be reopened, but estimates from local officials hint that best-case-scenario, it may be at least a month or more before the road is passable.

After the water recedes, there will be likely be road repairs needed and TxDOT will check the structural integrity of the Denton Creek Bridge, officials said.

In the meantime, those travelling to work in Coppell, Irving, Grapevine, Dallas and beyond are reporting a doubling or tripling of their commute times.

The other road heading south from Flower Mound has been out of commission even longer.

Fairway Drive, commonly known as the “Dam road,” was shut down on May 29 and will remain closed until further notice as water several feet deep from Lake Grapevine flows over the spillway.

Once lake levels recede, crews will need to repair the extensive damage caused by the water flow over Fairway Drive.

To the north, Old Alton Road will likely remain closed between Hickory Hill/Copper Canyon and FM 2181 for at least several more weeks due to high water from Lake Lewisville.

The estimated two feet of water covering the road has no place to flow, according to Denton County officials.

Old Alton sits in the floodplain of Lake Lewisville and serves as a vital link between the Lantana/Copper Canyon and Corinth/Denton areas.

In the 2007 flood, the road was closed for 31 days, officials said. This year’s closure may come close to doubling that amount of down time.