One week left to file for local elections

There is one week left to file for local elections.

Many local candidates have already filed, including three for mayor of Flower Mound.

Gelbman — admin of the 24,000-member Facebook group “Flower Mound Cares” — served on Town Council from 2015-17, during which he was implicated in an ethics investigation. He lost his bid for reelection, and then also came up short in the Republican primary for Precinct 4 County Commissioner. The other two candidates to file are Stephanie Bell, a resident who says she’s no politician, but she decided to run upon hearing that Gelbman had filed, and Cheryl Moore, a physical therapist.

In the other Flower Mound election, only the incumbent Jim Engel has filed for reelection to Place 4 on the Town Council as of Friday, according to the town website.

In Highland Village, Places 3, 5 and 7 on City Council are up for election. As of Friday, only the incumbents Michael Lombardo, Tom Heslep and Dan Jaworski had filed for reelection.

As of Friday, only current Argyle Town Council members have filed, but change is coming, even if no one else files an application. Places 2 and 4 are on the ballot, as is the office of mayor, which is currently vacant. Place 1 Councilman Bryan Livingston, who is currently serving as mayor pro tem and is doing mayoral duties, is the only applicant for mayor. If he wins, it will leave vacant his Place 1 seat, which expires in May 2022, and council will likely appoint someone else to finish that term. Places 2 and 4 council members, Ron Schmidt and Cyndi Hermann, filed for reelection. Schmidt is the councilman who sued the town in 2019 because he was sanctioned for a confrontation between him and another council member. The town settled with Schmidt in January 2020.

In Lewisville ISD, Places 1 and 2 on the Board of Trustees are up for election. Place 1 is vacant because Kronda Thimesch resigned for what turned out to be an unsuccessful run at Texas House District 65, and two candidates — Buddy Bonner and Paige Dixon — filed to replace her. Allison Lassahn filed for reelection to Place 2, and she is being challenged by Sheila Taylor, a Lewisville CPA.

Listed below is more information about local elections and how to file:

The council places are “at-large” and represent the entire community. The terms of office will be from May 2021 to May 2023.

Argyle residents interested in filing an application for a place on the ballot can request an electronic candidate packet by emailing the town secretary at [email protected] or by visiting Argyle Town Hall, 308 E. Denton St., between 8 a.m. to 5 p.m. Additional information can be found on the town’s website or 940-464-7273.

The 2021 Bartonville Town Council general election is for Councilmembers for Places 1, 3 and 5, each for a term of two years. Those seats are currently held by Jeff Traylor, Clay Sams and Josh Phillips, respectively.

Members are elected “at-large,” each representing the entire community and serve two-year terms.

All candidates for office must be a resident of Bartonville for six months prior to the filing deadline; must be a registered voter at the time of the election (but not required at the time of filing); and be a minimum of 18 years of age.

Applications may be filed at Town Hall, 1941 E. Jeter Road in Bartonville. Town Hall office hours are 8 a.m. to 4:30 p.m., however, there may be certain dates during the election period (refer to the town calendar) when the office will be open until 5 p.m.

The mayor’s and two two-year council terms are up for election, currently held by Ron Robertson, Ted Stranczek and Robin Douglas-Davis, respectively.

As of Friday, Robertson and Stranczek had filed for reelection and Dale Andrews filed for Place 4.

In May, the mayor’s seat and two Council member seats will expire. They are currently held by Mike Donnelly, Scott Whisenhunt and Von Beougher, respectively. Donnelly has said he won’t seek reelection. As of Friday, Casey Parsons has filed for a council seat, Whisenhunt has filed for reelection and Councilman Von Beougher announced that he is running for mayor.

Qualifications to serve on the Town Council are: be 21-years of age or older on the first day of the term to be filled; have been a resident of the town for at least one-year prior to the election date; and, hold no other public office, except that of Notary Public or a member of the National Guard, military reserve, or Coast Guard reserve.

Highland Village is a Home Rule City and operates under a council-manager form of government. All members of Council are elected at-large, under a place system, and serve two-year terms.

Additional information and candidate packets are available at the Municipal Complex, 1000 Highland Village Road, or by visiting: www.highlandvillage.org.

The mayor’s seat and Town Council Places 4 and 5 are up for election in May in the town of Northlake. Those seats are currently held by David Rettig, Roger Sessions and Danny Simpson, respectively. Click here for more information.

Those interested in a candidate packet should visit the AISD Administration Building, 800 Eagle Drive in Argyle. Questions may be directed to the Superintendent’s office at 940-464-7241. 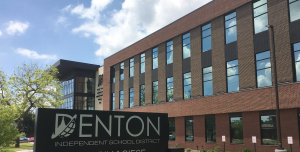 The Denton ISD Board will have two seats — Places 1 and 2 — up for election on May 1. Those seats are currently held by Barbara Burns (board president) and Jeanette Smith. Each seat has a three-year term. As of Friday, both incumbents had filed, as has Sheryl English for Place 2.

Those interested in filing as a candidate or for further election information should contact Denton ISD at 1307 N. Locust St. in Denton, visit: www.dentonisd.org, or call 940-369-000.

The Board of Trustees consists of seven members elected to serve for overlapping terms of three years each. While candidates run for specific places, they do not represent specific geographical areas; rather, each represents Lewisville ISD at large.

Those interested in the school board may contact Jeanne Arnold in the Superintendent’s office, 155 W. Main Street in Lewisville, at 469-948-8022, or [email protected] or visit www.lisd.net.

Places 1 and 2 are expiring in May on the Northwest ISD Board of Trustees. Those seats are currently held by DeAnne Hatfield and Mark Schluter, respectively. Each term will last three years.

As of Friday, only the incumbents had filed for reelection.

All elections in Denton County are overseen by the Denton County Elections Administration, 701 Kimberly Drive, Suite A101 in Denton. Questions about early voting via mail (absentee) or in-person, specific voter identification information or restrictions are available at: [email protected] or by phone at 940-349-3200.

Most answers to questions about upcoming elections can be found at: www.votedenton.com.