Denton County Commissioners on Tuesday unanimously voted to disapprove the 2023 Denton Central Appraisal District’s budget, citing a lack of confidence in the entity, according to a news release from the county.

“This vote to veto the budget is also a vote of no confidence in the Denton Central Appraisal District,” Denton County Judge Eads said. “Denton County will not fund failure.”

DCAD, a taxing political subdivision of the state of Texas, recently raised the budget by $2.7 million in an attempt to address understaffing. It has been criticized in recent months for its work environment, processing delays and leadership.

In his remarks, Eads noted the DCAD budget increase of over 17% was “out of touch with the needs of the taxing entities, especially as we face rising costs to provide services to our citizens, in addition to revenue caps imposed on us by the State Legislature.” For the past three years, Denton County taxing entities have experienced challenges with DCAD’s inability to certify the tax roll in a timely and accurate manner, he added. 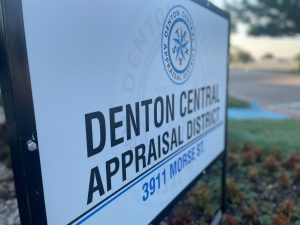 “This has been an alarming trend and the justification for not being able to meet the deadline is full of blame and excuses,” Eads said.

Judge Eads pointed to several issues including lack of training among current staff, the addition of 18 full-time employees without a clear outline for training, the significant delay of exemptions not being applied to taxpayer accounts, the closing of 24,000 properties under protest the week prior to sending a certified estimate to taxing entities, the hiring of a communications liaison rather than additional residential appraisers to help with the protest process, and more.

According to Section 6.06 (b) of the Texas Property Tax Code, if governing bodies of a majority of the taxing entities entitled to vote on the appointment of board members adopt resolutions disapproving a budget and file them with the secretary of the board within 30 days after the budget’s adoption, the budget will not take effect and the board will have to adopt a new budget within 30 days of disapproval.