Stroup: The best things about grandparenting are all of them! (Part 2) 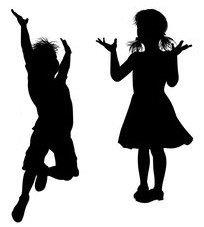 Last month I could hardly wait to share some of our most recent experiences with the grandkids. We had signed up for a couple of days of keeping the grandchildren in check. We’d be in charge so what the heck?!

Amy had requested that we limit their sweets and chips and snacks of any kind. She said they would eat this stuff all day and all night long! And boy, she was not wrong! But I’d already baked and packed two of their favorite things before reading the instructions she’d left on the sink. And the two bags of chips were certainly not for them…well maybe we would share ours and give them some.

I had to bring my banana bread for Ryker Roo especially after Amy told me a little story about the dude. She had baked him a loaf knowing how much he liked it but when he tasted it he turned up his nose. “This doesn’t taste like CiCi’s…this is just gross!” Amy was crushed and explained that she had used my recipe. But in spite of her claims he refused it just the same. For his birthday he had asked me to make him MY banana bread. Being quite flattered, “Sure, Honey,” I said. So I baked three mini loaves and he squirreled them away. No one could find them by the end of the day. The next morning Amy went to give Ryker a hug and discovered crumbs on his back and all over his bed! He had eaten all three loaves after his parents were asleep. (He is a little dickens and a proficient little sneak.) Amy says he does this with candy as well. Finding their wrappers under his pillow is how she can tell. When there is ice cream in the freezer you know it’s not safe. The lad climbs up the cabinets using the counter top as a brace. He pulls the sweet treat from the freezer and absconds with it to his room. In the morning, his dad who likes Blue Bell for breakfast is likely to fume. He knows who to blame when he enters Ryker’s domain and the empty sticky carton is all that remains.

While trying to get meals cooked for the crew I was ill equipped to watch Ryker Roo. His habit is to get into mischief the moment you’re busy. His antics kept me on my toes and at times quite dizzy. He appeared in the kitchen with a travel size package of Kleenex. Its wrapper had been stripped away. And now with a gleam in his eye I wondered what he was going to say. He extended his small fist full of the tissues and asked, “I’m going to throw these up in the air, is that okay?” I could tell I was being tested to see if I’d care. And, frankly, by this point in time I wasn’t prepared to accept his dare. Showing no concern for what he’d proposed ~ his attraction to this antic lost all its appeal. He wandered off to concoct a far more challenging deal.

They begged for a movie when supper was done and then wanted popcorn as though they’d had none. Knowing their parents were coming home in a bit taking a bath was a battle of wits. As things turned out Brad and Amy’s arrival time was quite a bit later than expected. And so, too, bedtime was affected. So when the time came for their parents to finally walk through the door, the kids were so hyped up they would not be ignored. They were squealing and leaping from the chairs to the couch paying no attention when I would shout, “Okay, I know you’re excited but you need to calm down.” And while they did what I asked my words were met with huge frowns. OMG…when at last that squeaky front door opened wide, Cappy and CiCi were ready to drive. We looked at each other surprised we survived. We had a great time. We had lots of fun. But as you grow older you learn you’ve slowed down. You need more patience, more quiet and less loud sounds.

Wouldn’t have missed the time that we spent.

We’ll babysit again at the drop of a hat,

Because we know we have this down pat.

And at the end when reaching our own habitat

We look forward to taking a much needed nap!