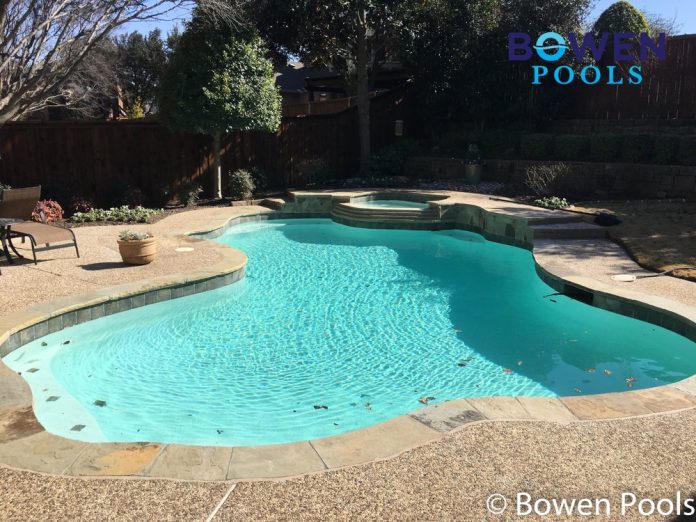 Bowen Pools LLC, a Flower Mound-based contractor, closed its doors a couple weeks ago, leaving some customers with unfinished business.

Owner Chris Bowen, a well-known member of the community who ran for — and almost won — a seat on the Lewisville ISD Board of Trustees just this spring, confirmed in a phone interview this week that the company is in the process of going out of business, and there are some unfinished projects. Bowen said the company was hit hard by price increases as inflation continues to soar, and the company couldn’t keep up.

“There was a 35% increase on construction materials across the board last year,” Bowen said. “Some customers agreed to pay more to cover our increased expenses, some stiffed us, some walked away.”

Bowen said he sold the service division last year and took out $450,000 in loans this year to try to cover costs, but it was never enough. He said that there’s usually about two to three months from the time the contract is signed before construction starts, and the average timeframe for new construction is six to eight months, all the while the company kept seeing its expenses skyrocket after the contract was signed. In one example, a patio project that was expected to cost the company $20,000 ended up costing $43,000.

“We tried to get everyone caught up to where they paid, and unfortunately, it didn’t get there all the way.”

Bowen said his company isn’t the only one in the area to go out of business for these reasons, but his may be the largest one to do so. He said one of the company’s project managers is contacting customers with unfinished projects and trying to help them get them completed. Meanwhile, the ongoing process of going out of business will keep him busy, but without his usual income.

“I’d like to say I’m sorry to everybody, this was never my intention,” Bowen said. “My goal was to finish every project we started, and I feel horrible about the whole situation. I want them to know they’re not alone, I’ve had people that have stolen money from me as well and I’ve had jobs where I haven’t been paid on, and it’s not a fun process.”