Weir: Fentanyl is killing us 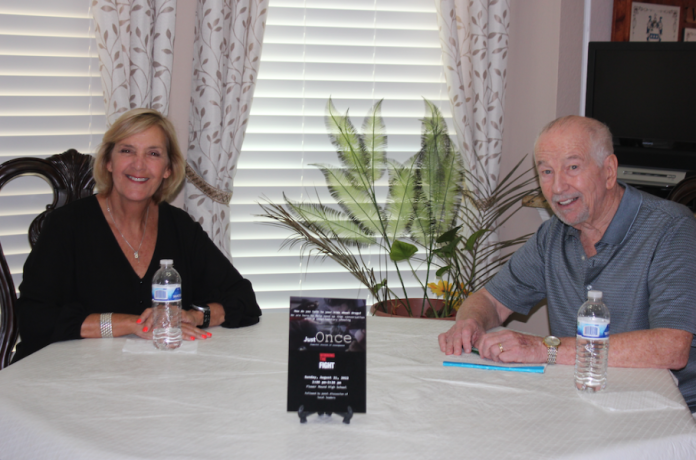 How strong is fentanyl? The following is taken directly from the webpage of Centers for Disease Control and Prevention: Fentanyl Facts (cdc.gov) “Fentanyl is a synthetic opioid that is up to 50 times stronger than heroin and 100 times stronger than morphine. It is a major contributor to fatal and nonfatal overdoses in the U.S. There are two types of fentanyl: pharmaceutical fentanyl and illicitly manufactured fentanyl. Both are considered synthetic opioids.

“Pharmaceutical fentanyl is prescribed by doctors to treat severe pain, especially after surgery and for advanced-stage cancer. However, most recent cases of fentanyl-related overdose are linked to illicitly manufactured fentanyl, which is distributed through illegal drug markets for its heroin-like effect. It is often added to other drugs because of its extreme potency, which makes drugs cheaper, more powerful, more addictive, and more dangerous.”

Kathy O’Keefe is the Executive Director of Winning the Fight (WTF), a non-profit, 501(c)(3), community-based organization in Flower Mound that provides drug education, support, and necessary resources to youth and families that suffer from the disease of addiction. WTF was started after the O’Keefe’s lost their son Brett Morgan O’Keefe to an accidental drug overdose. This past June 14 and 15, Kathy was invited to meetings with the United States Drug Enforcement Administration in Arlington, Virginia. “The DEA is very concerned about the amount of people dying from Fentanyl,” Kathy said. “I was one of about 48 non-profit organizations invited. Tuesday, we each had the opportunity to tell our story and a professional video was taped. We also had the opportunity to visit the DEA Museum which was filled with great background and education.”

Kathy added, “Wednesday, we started the day with some networking and then the day began. It was interesting because we expected to listen to what they had to say. However, the opposite happened by design of the meeting. They were there to listen to what the organizations were doing, to find out where we needed assistance and if they could help in any way. We have to do everything we can to educate people on the dangers of Fentanyl.

“One of the major complaints from across the nation was education, and how difficult it is to get into the schools for education. Curriculum needs to include actual information about drugs, but after hearing from the Department of Education, it became apparent that this must happen at the school district level and even comes down to each school.

“The Fentanyl problem is only growing, and we are losing so many people to what they have determined and are prosecuting as Poisoning. Most of the drugs are laced without the knowledge of those purchasing. Some other phrases that were thrown out were ‘Chemicals of Mass Destruction’ and ‘Chemical Warfare.’ We discussed the roles that the major players have, which are China, India, Mexico, and the distribution of these synthetic drugs in the United States.”

Please find out all you can about Fentanyl and share that information with your family. One Pill Can Kill and they are! Learn more: WTF-Winning the Fight | Education, Support, & Resources