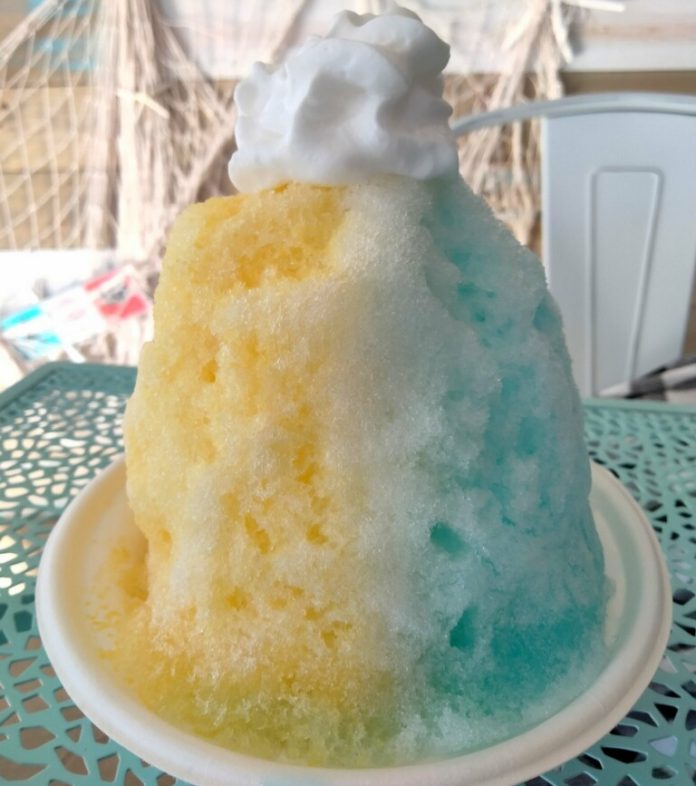 Owner Andre Khrul’s wife, Marina, is from Ukraine. He said they were watching news coverage of the Russian invasion of Ukraine last week and heard about organizations helping displaced Ukrainian children asking for donations, such as the Ukrainian Crisis Fund, and they wanted to help.

“The suffering of the innocent people that weren’t asking for any of this, it’s just terrible,” Khrul said. “Whoever prays, pray for peace. That’s about all we can do, aside from financial help.”

Their daughter, who works at the Hawaiian shave ice shop, created a special blue and yellow shave ice (half cotton candy, half pina colada flavors) to represent the Ukrainian flag. Half the sales of that special item will be donated to help children in Ukraine displaced by the war, Khrul said. They will also add a donation box in the shop by Tuesday for people to donate that way.