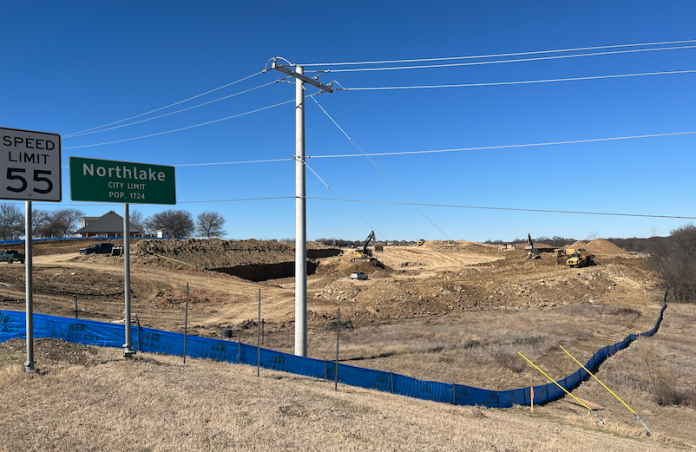 Dirt is moving on a new apartment complex on FM 1171 in Northlake.

Northlake Mayor David Rettig said the Canyon Falls community had an entitlement from 2007 in which the community was originally zoned to be up to 10% multifamily residential.

“Council would not have approved this, not one vote,” Rettig said of the lack of choice the town had.

Applicant LIV Development chose to put the apartment complex about 1,100 feet west of Canyon Falls Drive on the north side of FM 1171, about 500-700 feet from the nearest single family homes, which Rettig said was likely the best spot for it.

The apartment complex — called Canyon Falls LIV — will be gated and have 300 units, according to town documents. It’ll have a dozen buildings, most of which will be three stories tall. The construction timeline was not immediately available Friday.