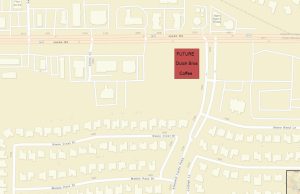 Oregon-based Dutch Bros Coffee — which also serves smoothies, freezes, teas and energy drinks — will build a new drive-thru coffee shop on the south side of FM 407, between Morriss Road and Garden Ridge Boulevard, according to a town news release. It’s expected to open this summer. 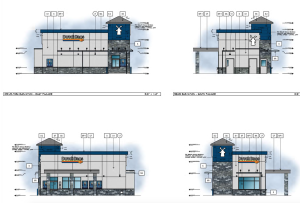 During a recent Flower Mound Town Council meeting, the council narrowly approved the proposed site plan with some exceptions related to rules about the building’s elevation design, roof pitch and moving utilities underground. There was lengthy discussion about the design of the proposed building and the blue color that Dutch Bros used in the site plan. The town has ordinances that prohibit chains from using template franchise architecture, but rather build something that matches the elevations of neighboring buildings.

Dutch Bros this year announced plans to open 11 locations in North Texas. Another location is expected to open in Lantana by early next year.