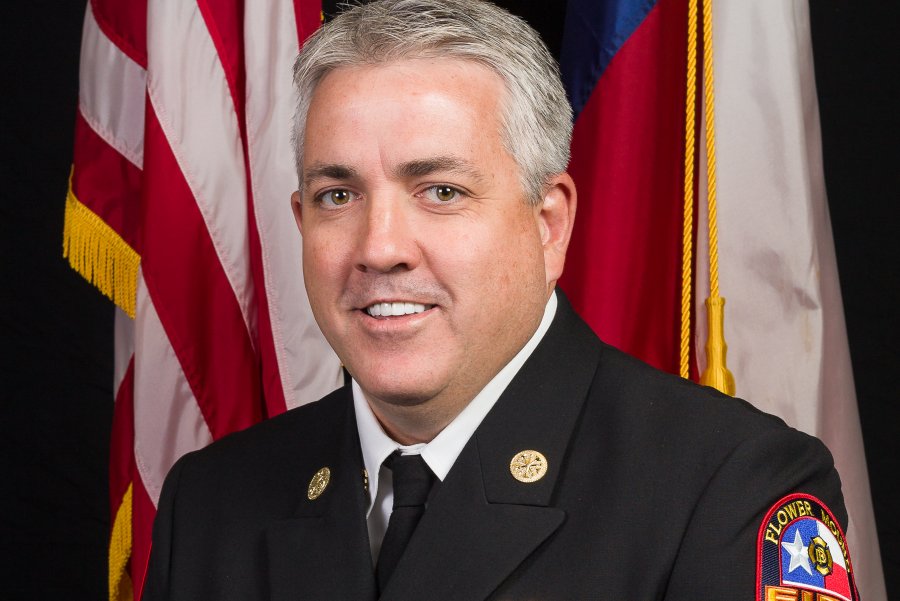 Greaser began fighting fires in 1991 as a volunteer in Pantego. In 1994, he joined the Coppell Fire Department and worked his way up to deputy chief before retiring in 2014. He was then appointed Flower Mound’s fire chief in August 2014.

“I am very thankful for the opportunity to have led the Flower Mound Fire Department over the last seven years,” Greaser said. “More importantly, I appreciate the journey of growing, developing and promoting the men and women of FMFD. The journey as I look back has been amazing.”

“I will take a short break while focusing on my family, including my boys pursuing the fire service and my mom in her mid-80s with Alzheimer’s,” Greaser said. “I absolutely am not done and will be looking for the next chapter.”

Further details of Greaser’s separation from the town were not disclosed.

A town spokesperson said the town will use an outside search firm to hire a new fire chief, a process expected to take two to three months. Until a new fire chief is hired, Flower Mound Police Chief Andy Kancel will serve as acting fire chief.