Travel with Terri: Get your kicks on Route 66! 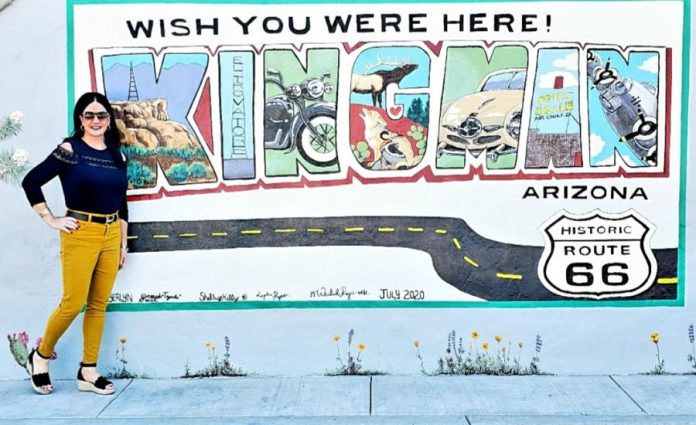 Historic Route 66 – may be the most famous road in America.  It stretches over 2,400 miles from Chicago, Illinois to Santa Monica, California. For many, taking a road trip along Route 66 is at the top of their travel bucket list. The historic route was originally commissioned to provide an accessible trucking route. But its popularity grew when travelers realized it was one of the most direct ways to reach the Pacific coast, and was nicknamed Main Street of America. Now an embodiment of the carefree, road-tripping spirit, Route 66 has been immortalized in songs, television and famous works of fiction. This famous highway was built in 1926. And surprisingly, today 80% of the beloved highway is still intact.

Along the way, on the “double six,” countless curious motorists will stop to witness numerous wacky roadside attractions, stunning natural landscapes and many significant historical landmarks. Here are some of the quintessential American sites you’ll see if you ever plan to motor down the Mother Road:

Route 66 officially starts in Chicago at the edge of historic Grant Park. Going south in Stanton, Missouri is the fascinating Meramec Caverns where Outlaw Jesse James would hide out.

In Tulsa, Oklahoma you can see the Woody Guthrie Museum that is dedicated to the life and legacy of American Folk singer and songwriter. Guthrie was actually inspired to write some of his most famous songs about America while traveling on Route 66.

Probably the most quirky and weird example of Americana kitsch on Route 66 is the Cadillac Ranch in Amarillo, Texas. This is near Palo Duro Canyon, the second largest canyon in America.

In New Mexico, the Blue Hole is a deep, crystal blue swimming hole beautifully contrasted by the surrounding red mesas. It’s actually one of the most popular scuba diving destinations in the country. 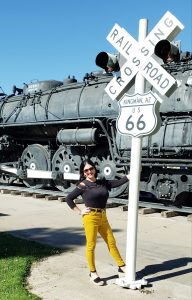 Of course, most of the allure of traveling Route 66 isn’t in the memorabilia of 1950s and ’60s America—it’s the Western American landscape. One of the most beautiful parts of the road is in Arizona, where it passes near the Painted Desert, the Petrified Forest, Meteor Crater and the Grand Canyon.
And finally, Route 66 ends in California at the Santa Monica Pier, a classic American boardwalk. It’s fun to celebrate the completion of your road trip with a ride on the famous Ferris wheel or by just watching a beautiful sunset over the Pacific Ocean.

If you have read John Steinbeck’s The Grapes of Wrath, you know it’s a story about a man and his family that are forced from their farm in the Depression-era Oklahoma Dust Bowl and set out for California along Route 66 with thousands of others in search of jobs, land, and hope for a brighter future.

Well, that book is actually very close to the truth.

We learned all this and more at the Route 66 Museum in Kingman, Arizona. It depicts the historical evolution of travel along the 35th parallel that became Route 66. 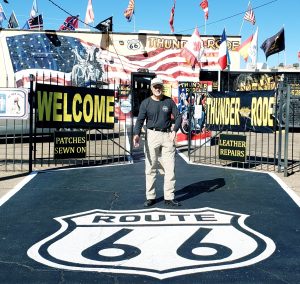 The drought and the depression during the 1930’s drove thousands from the Midwest to California in hopes of a better life. Unfortunately, life was not better for the most part. Along the way, they would gather in migrant camps only to be driven away by the police who were instructed to force the migrants to move. On Route 66 at the California/Arizona border there was actually an official sign from the state of California warning migrants to turn back because they were not welcome in California. Contrary to popular belief, of the 200,000 people who migrated to California, only 8% stayed! Sadly, within a few months most had made the journey back home.

In The Grapes of Wrath, Steinbeck became the first writer to refer to Route 66 – as the “Mother Road.” In doing so, he helped capture the road’s image of redemption and helped turn it into a cultural icon.

Few roads in the world resonate like Route 66 – filled with so much adventure, glamour, history and nostalgia; this enduring route embodies everything that a road trip should be about! It even goes through eight states and three time zones.

During COVID times…this could be your epic road trip where you “Get Your Kicks on Route 66!”