On Cloud Nine: A nostalgic look back to our future 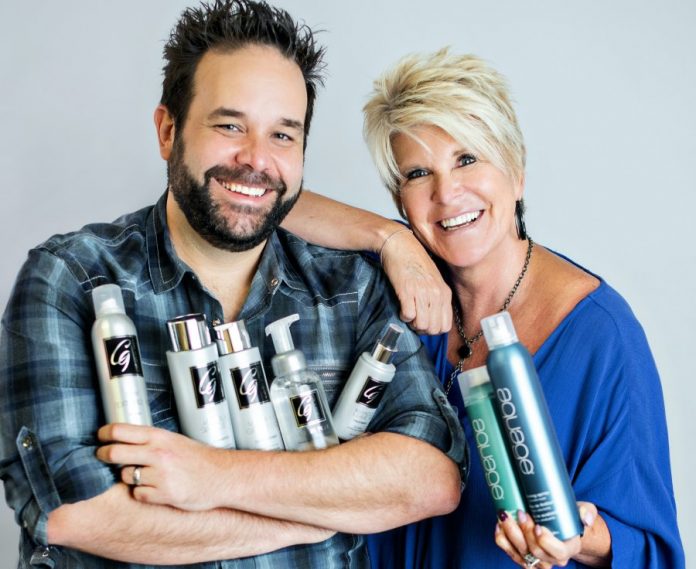 Vision, faith and true grit make the dream work.  Cloud 9 Salon, Spa & Boutique has the key ingredients for success — a unified team, a loyal clientele and a faith-filled leader.  Owned by local entrepreneur Kim Cloud-Skidmore and managed by her son, Nathan Dean, the salon has grown immensely since its inception in 1991.  And now, they have secured the ultimate location, a beautiful 1-acre strip of land off of FM 407 in Bartonville, Texas next to Marty B’s Restaurant and the Bartonville Town Center.

It all started with a dream and over the years, grew boundlessly with grit, determination, perseverance and faith…and today Cloud 9 Salon, Spa & Boutique has an amazing team of 60 talented men and women who provide beauty and spa services for thousands in our local community.  Additionally, this team stands apart from others — they are like family and devoted to each other and the community.  Having served the Flower Mound, Lewisville and Highland Village areas for over 42 years, the salon is embarking on a new era and upgrading its amenities and access to better serve its patrons.

At 18 years of age, walking across the stage at North Garland High School’s graduation, Kimberly Cloud-Skidmore (then Kimberly Brooks) knew exactly what she wanted out of life and how she saw her future.  What she did not know was how to get there, but that did not stop her or even slow down her efforts.  Raised in Garland with two brothers and two loving, supportive parents, Kim always dreamt of going to Cosmetology School and owning her own salon.  After graduation, her mother pointed her in the direction of flying our friendly skies with the airlines she worked for citing the benefits are amazing, however, Kim had other ideas. After following her mother’s wishes to interview with the airlines, Kim also checked out the top Cosmetology School in Dallas.  Respectfully, she sat down with her mother to discuss her future career plans, and the rest shall we say, is history.

After one year of Cosmetology school, Kim secured her first position as a cosmetologist in a quaint Dallas salon and looked for the opportunity to kick off her career.  On her days off, she would meet with a local photographer and newspaper writer putting together a makeover opportunity for teachers in the community.  Before she knew it, Kim had a steady clientele within a few months; several of whom she still takes care of today.  As her clientele grew and Kim hit her 21st birthday, the salon owner neared retirement and offered Kim the opportunity to purchase the salon.  Kim immediately approached her banker with her business plan and applied for a loan, only to hear “Salons don’t make it, that’s why she is selling”.  This did not dissuade this young entrepreneur’s effort to purchase the salon and the banker gave her two pre-requisites to securing a loan:  1) Get a Co-signer and 2) The salon owner is asking $7000, get her down to $5000 and you got a loan.  Within hours, Kim had all three – Dad as her Co-Signer, a $5000 Deal and a business loan!

The next few years were exciting, the salon was growing fast but quickly met with challenges for a young entrepreneur.  At 25 years of age, Kim decided to sell the salon and moved on to another opportunity where she later found herself “fired” of all things.  Disappointed, but not discouraged, she put together a new plan and successfully catapulted with the support of family, friends and her clients.

It was not easy.  It was hard work.  It took the team pulling together with one clear goal.  “Cloud 9 Salon” officially opened in its first location encompassing 700 square feet in (year) and it was quickly discovered more room was needed for its unbelievable growth again and again.  When it came time to expand once more in 2004, it was a huge leap of faith.  Kim Cloud with her proud father by her side, met with an architect to have plans drawn up for a new building…one that would offer an extended menu of salon and spa services.  The daunting question was where would the down payment come from to purchase land and build a home for Cloud 9 Salon?  Remarkably, her clients not only encouraged Kim’s dream, but offered to provide personal loans which were all paid back in full plus interest within two years of opening its doors.  The salon thrived for years, then hit a rough patch nine years ago with an unforeseen walkout.  Surrounding herself with trusted team members and a local businessman who provided valuable guidance and unwavering mentorship, the salon rebounded and began to flourish once again.  Twenty years ago Kim’s son, Nathan Dean, joined the team.  After all, Nathan grew up in the salon, it was home for him; then four years ago, it was a natural fit for him to step into the role of Salon Manager when the former manager retired.  Both Kim and Nathan are more than administrative team members, they are also “behind the chair” doing what they love each day — “making people feel beautiful.”

As a community leader, Kim radiates when talking about the local community, its people and giving back.  She understands first hand about being a beneficiary of those who give back.  She turned a negative time in her life into another positive by creating Cloud 9 Charities which is celebrating its 25th Anniversary this year.  “I feel it is the responsibility of business owners in our community to give back.  Find ways to volunteer or help another in need.  Our community provided a way for our business to thrive and now we have that same responsibility to pass on to others.”

Kim Cloud-Skidmore has always had a heart to help those less fortunate. For years she had worked in various charities, giving her time and money until several of her friends and family suggested she start an organization that could raise monies to donate to the various local charities throughout the Metroplex.  Cloud 9 Charities was formed and has made a huge imprint on Denton County over the years with its leadership and presence.  The charity was established with a handful of faithful friends and colleagues hosting Cut-a-thons for Kidd Kraddick’s Foundation, Kidd’s Kids, an annual fashion show and numerous galas. Over time, the organization has morphed into an official non-profit charity with 18 Board Members who are local leaders and business owners with a passion for giving back to our community and hundreds of part-time volunteers including her husband and biggest supporter, Christopher Skidmore. This board hosts two annual fundraising events – the “Annual Giving & Golf Tournament” in spring each year and “The Best Little BrewFest in Texas” in the Fall (this year ingeniously re-created as “The Best Little BrewPass in Texas” to offset the challenges of COVID-19).  The charity has raised over $3 million and 100% of the net proceeds now fund BedTime Rescue, a Cloud 9 Charities Initiative which provides shelter for homeless families in Denton County.

Today, the salon building which has housed Cloud 9 Salon since February of 2005 as well as Cloud 9 Charities, Inc. is currently located in Flower Mound.  Sitting silently on the market for over two years, Kim never lost faith.  This building underwent an extensive remodel spanning the last four months and quickly sold before the finishing touches were even completed. With a quick sale pending, Kim and her amazing team are rapidly pivoting and will relocate to a Pop-Up Salon on the edge of Lantana to continue to serve its valued clientele.  This Pop-Up Salon will continue to offer all the same services while its team eagerly awaits their new “Forever Home”.  As for now, Kim and Christopher Skidmore, along with Nathan and their incredible team, are walking on Cloud Nine and the dream continues to grow as Cloud 9 Salon, Spa & Boutique will break ground in the thriving town of Bartonville, Texas in January of 2021.