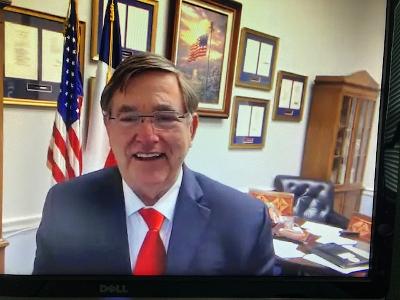 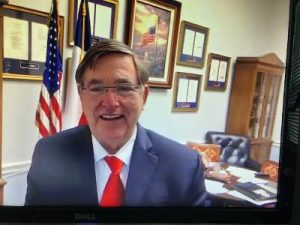 Why do we spend any time learning about history? After all, what’s past is past; so, why is it necessary for our future? Well, suppose you could go back into your earlier life. Is there anything you would do differently? Perhaps. But, inasmuch as you can’t go back, are there things you did wrong in your past that you’ve learned not to do in your current stage of life? In the same way, the history of our country can educate us about the way things used to be, so we can ensure that they never happen again. Thus, history is not merely a chronological record of significant events; it is a lesson plan for the future. Whether it’s the atrocity of slavery, with all its future impact on an entire race of people; or, the centuries long oppression of women, which held them in a de facto form of servitude; knowing the past can be a positive roadmap going forward.

With that in mind, this year marks the 100th anniversary of the passage of the 19th Amendment. August 26, 1920, is the day women gained the right to vote in this country.
Congressman Michael Burgess (R-26th District-Texas) wants to reflect on this momentous occasion by highlighting one of the women pioneers from the district he represents. Dr. Benjy Frances Brooks was born in Lewisville, Texas and grew up in neighboring Flower Mound. Dr. Brooks became the first female pediatric surgeon in Texas. “She was a mentor and I carry around the words she gave me at the beginning of my medical career – children are not just smaller versions of adults – treating them is more complex than scaling down the size of the problem. It requires a whole host of separate tools and knowledge, and that is why this program is so important,” recalls Rep. Burgess.

“Having been born in Lewisville and raised in Flower Mound, both of which are in my North Texas district, Dr. Brooks, even as a four-year old, dreamed of becoming a doctor while she “operated” on dolls with manicure scissors. She received a bachelor’s and master’s degrees from the North Texas State Teacher’s College and went to medical school at the University of Texas Medical Branch in Galveston in 1944, where she received her medical degree in 1948. Dr. Brooks became one of the first women to enter the department of surgery at Harvard, where she completed her pediatric surgical training,” said Dr. Burgess.

Benjy Frances Brooks, August 10, 1918 – April 2, 1998, received the Horatio Alger Award in 1983. She was inducted into the Texas Women’s Hall of Fame in 1985. The Benjy Brooks Foundation for Children was erected in her honor by the parents of one of her patients to continue her legacy. Legislation named after Brooks was passed in Texas in 2018. Obviously, a precocious child, she learned to read before she started school and always seemed to be ahead of the other kids. Dr. Brooks once spoke about an incident in which her fifth-grade teacher told her mother that Brooks was mentally retarded. “I didn’t really fit into the sausage mill, to come out a little sausage like everyone else. Unfortunately, that’s what our educational system does to children. At times, it takes away their creativeness and the fact that they are different,” Brooks explained.

Nineteen years old when she earned a bachelor’s degree at North Texas Teacher’s College, Brooks stayed at the school for another two years to complete a master’s degree. She was a high school teacher for four years before she enrolled in medical school at the University of Texas Medical Branch in Galveston, Texas. She pursued pediatric surgery, completing postgraduate training at the University of Pennsylvania, Harvard Medical School and the Royal Hospital for Sick Children in Glasgow, Scotland. While at Harvard Medical School in 1953, Brooks, along with two other physicians, discovered a treatment for jaundice using gamma globulin.

In the video, Dr. Burgess talks about the career of Dr. Brooks and how she influenced his medical career.