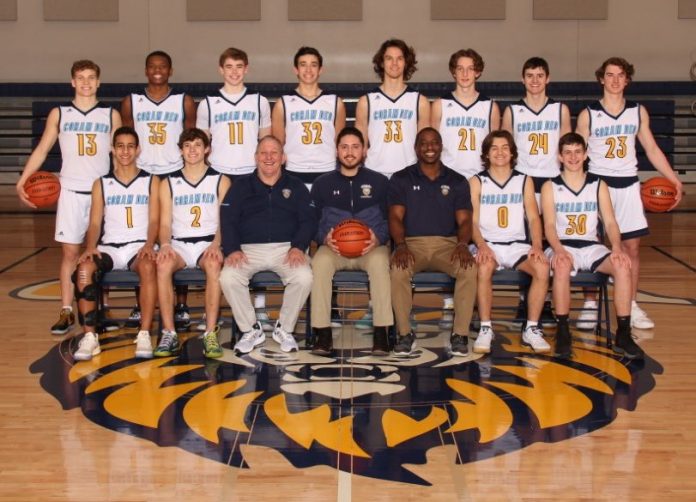 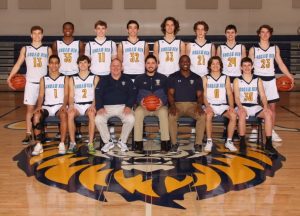 The 2019-20 season was special for the Coram Deo boys basketball team.

The Lions finished with an overall record of 32-10 and advanced to the state tournament for the first time in school history.

Coach Fonzo Martinez said the season had its share of challenges that might have broken other team’s spirits, but his Lions persevered through them all.

“I could not be more proud of our team and what they accomplished this season,” Martinez said. “I gave them a very tough pre-district schedule, and we had some major injuries to key players. Despite some of the adversity we experienced, we managed to break last year’s record as the winningest team in school history.”

Coram Deo defeated Midland Trinity by a score of 62-52 in the area round of the playoffs and Arlington Grace Prep by a score of 80-68 at regionals to reach the state tournament.

The Lions lost in the state semi-finals to Colleyville Covenant.

“The game against Colleyville Covenant was a heart-breaking loss,” Martinez said. “It wasn’t our best game, and we didn’t shoot the ball well. Once you get to state, everyone is really good, so you can’t have any off nights.”

Regardless of the outcome, however, Martinez said that nothing can take away what his team accomplished in 2020.

“Making state was a huge accomplishment for us and our school,” Martinez said. “It’s something that’s never been done before. Not only that, but to get there, we had to beat the defending state champs (Grace Prep). This team was my first group to have all four years, so it was really special for me and our seniors.”

Individually, Noah Taylor hit a major milestone this season for Coram Deo, crossing over the 2,000 point total for his high school career.

“Noah has been as good a leader you can ask for, not only for our program, but our school as well,” Martinez said. “He’s constantly picking up his teammates, and building up some of our younger guys. I know a lot of guys in our program really look up to him.”

Martinez said he is excited about next season as well, as Coram Deo returns under classmen Ben Shegon, Luke Newton, and Josh Hamm, and upper classmen Jack Herrington, Peyton Inderlied, and Noah Weaver all return.

“Noah (Weaver) was a captain for us this past year, and was All-Tournament at State, and has been All-State two years in a row now,” Martinez said. “I expect for him to have an amazing senior year, and lead our team this next season on and off the court.”

Martinez said that of all the things he would like for his players to take away from this season, one stands out above the rest.

“The past few years I’ve been amazed at how our alumni has carried out that example even after they’re gone, and our current team is a byproduct of that culture.”