This past Christmas, as in Christmases past, I baked a lot of cookies. I start early in December and freeze the treats to be given to others so they know they are remembered. The house is filled with aromas that waft through the air. They are not fancy they are not rare. But the four kinds of flavors make certain that there is no shortage to savor.

I will confess I am not a rooky when it comes to burning cookies! Thank goodness my husband is quite willing to munch the charred remains of recipes quite brown with a crunch. It is my tradition to give away cookie plates with Christmas cards to neighbors nearby. I include the mail lady and the guys who mow. They are appreciated…this lets them know. This year giving my cookies away presented somewhat of a challenge I must say. Don’t get me wrong…they tasted fine. But to get them to the right recipients I had a heck of a time!

It all started when the hour came to put the plates together for the people next door. While the contents for both households were the same, the notes inside the cards included their names. Having sealed the envelopes with plenty of spit I had to tear them open to see which was which. All I had written on the envelopes was Merry Christmas. The cards were taped to the plastic wrap surrounding the cookies. Oh heck, oh crap! Pulling them off ripped up the wrap. The envelopes had to be replaced, too. And anyone who has every enjoyed plastic wrap knows it can’t be reused. No big deal. 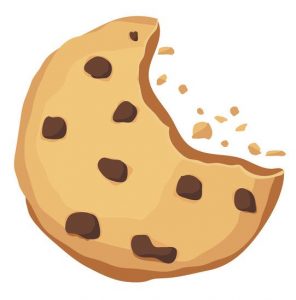 The next day I made up a platter for the “trash collectors.” (I didn’t want to put garbage men on the card so I googled an acceptable moniker.) Using some serious sticky stuff I attached a cardboard note to the garbage can. This indicated the cookies on top of the mailbox were for these men. I wanted to see the look on their faces when they saw my gift. And when their truck came I ran out and called them by name. Proud as a peacock I took the cookies off the mailbox and gave them to the guy on the truck. He was empting my neighbor’s recycle container. He quickly handed the sweets to the guy in the cab while explaining to me that the trash guys would be along later! I couldn’t very well ask for my cookies back so I sorta smiled and wished him a semi-sincere Merry Christmas/Good Luck. I guess I didn’t feel much of a need to give to these recycle folks my Holiday treats. Our use for their services are fairly small in size compared to the enormity of the job by the regular trash guys.

So again I put together, along with a personalized card, an assortment of delights for the trash guys’ reward. Next thing I notice, the trash is still by the street and what to my wondering eyes disappeared were the cookies from atop of the mailbox! OH GRIEF! At first I thought, “Aha! Porch Pirates!” But no. Our mail gal saw the plate and rightfully so assumed it was for her as in years ago. And just as always she left a note…my banana bread she likes the most.

Plate number three…third time charm. I held vigil at the front window with my nose pressed firm against the glass…waiting impatiently for the guys to pick up the trash. Voila! From up the street there arose such a clatter the trash truck was coming to pick up their platter! Their faces lit up and they were sooooo appreciative that it warmed the cockles of my heart! WOW, now that was a big deal!

Next day there was another memo in the box from the mail gal. She felt just awful for taking the trash collectors goods. She said she didn’t realize what she’d done until she got back to her neck of the woods. Once she was home and opened the card the message inside caught her off guard. Her latest memo to me was attached to that card. How sweet it was that she had sent the card back and yet those poor cookies were missing for fact.

This whole cookie thing had me somewhat gun shy when it came to leaving milk and cookies for the big old fat guy. I weighted the plate down with small lumps of coal and tried to explain how the cookies had taken their toll. The words that I left went something like this, “So sorry Santa, but milk’s all you get. This year’s cookie mix-ups have caused me distress. Maybe next year things will go better and instead of coal and crumbs on your plate your midnight snack will be truly great!