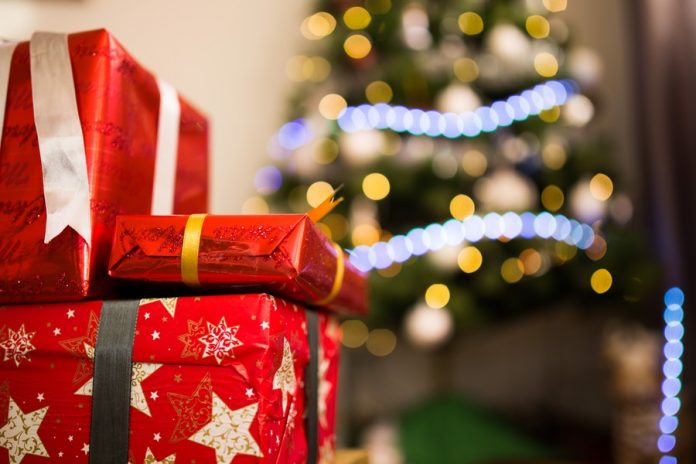 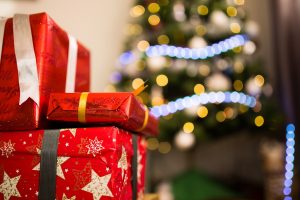 Christmas comes but once a year and when it comes it brings good cheer.

Our modern English noun ‘Christmas’ got its start back in the early 1100s as the Old English Cristes Maesse, meaning the liturgical Mass of Christ.  By the mid-1500s, the phrase had morphed into the single word we use today.

Roman Christians gave birth to the initial celebration sometime in the 200s A.D.  It commemorated Jesus’ “epiphany” or manifestation to the non-Judeo-Christian world symbolized by the Magi or Three Kings.  In hoary antiquity Epiphany wrapped Jesus’ baptism, His water-to-wine miracle at Cana and the visit of the eastern kings into one holiday.  This Christian festival has been celebrated on Jan. 6 ever since, but the more compact Christmas we know today is another story.

There are many theories about how Dec. 25 became the traditional date of Jesus’ birth, but the date surfaced in the mid-300s A.D. in the Roman church.   The most popular– but, by no means only– explanation today is that as Christianity conquered the pagan world, it replaced widespread winter solstice festivities with Christmas.

Solstices are when the sun is farthest north or south from the celestial equator.  The winter event occurs somewhere in the calendar neighborhood of Dec. 22.  For reasons lost to us, the ancients chose Dec. 25th to commemorate the nativity or birth of Jesus (intriguingly referred to as the Light of The World) in the little town of Bethlehem about five-miles south of modern Jerusalem.

Jumping forward in celebratory history, Christmas trees lifted-off the holiday runway in medieval Germany as the central prop representing the Garden of Eden in a popular mystery play about Adam and Eve.  Back then, the conifer was called The Paradise Tree and was festooned with tempting, rosy red apples.

Medieval German Christians decorated their homes with a Paradise Tree on Dec. 24, which is the feast day of Adam and Eve.  Families decorated the tree with baked wafers suggesting the Catholic host used during Mass to symbolize Jesus Christ’s body.  At some unknown point, tasty decorative cookies replaced the wafers.

Paradise Trees had a triangular wooden shelf companion called a Christmas Pyramid.  It contained nativity figurines, miniature trees and candles.  A star perched at the pyramid’s apex.  By the 1500s, the pyramid and tree had merged into the Christmas tree we still set up in our houses around Dec. 25.  The custom was widespread in Germany by the 1800s.

We, in the English-speaking world, may thank Queen Victoria, her German husband, Prince Albert, and their nine children for a royal contribution to the best-loved tree tradition.  The famous family decorated their tree with candles, candy and little cakes suspended on gaily-colored ribbons and paper chains.

North America’s earliest English colonists considered Christmas a frivolity that did not convey appropriate solemnity on the religious nature of the Nativity, so the English-speaking New World had to wait about a century for German immigrants to arrive and unpack their seasonal gaiety in the 1600s.

My German maiden name [Marts] is a pretty good indicator of where I stand regarding holiday decorations.  My box of tree ornaments is 45-years-old; and, to hear my children tell it you can’t see the tree for the decorations these days.

I have an ornament from my mother’s tree and one from my paternal grandmother’s tree.  They’re looking aged, but the sentiment is what counts.  I distribute ornaments to takers among my 16 grandchildren and they give me more for the stash.

The funniest one is a cow’s vertebra painted with a silly face by some Boy Scout for a fund raiser many years ago.  None of my children want to acquire it, but without fail every year they check my tree to see if it’s still around.  They’ll probably bury it with me.

Merry Christmas to all and a most happy and prosperous New Year!