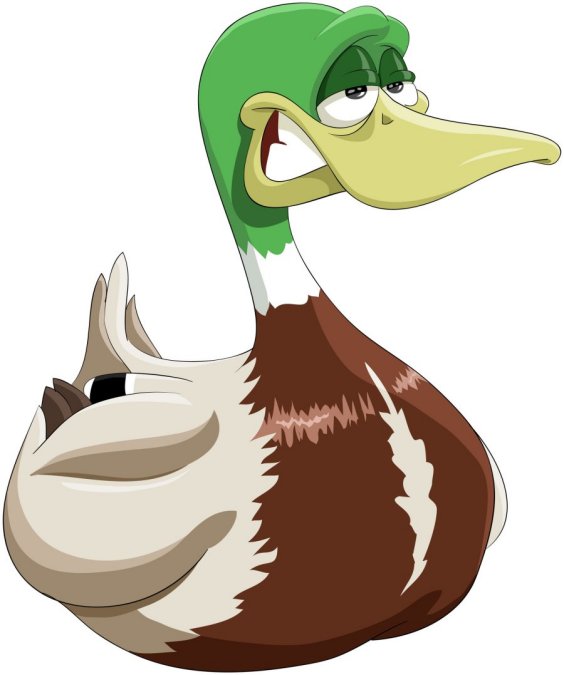 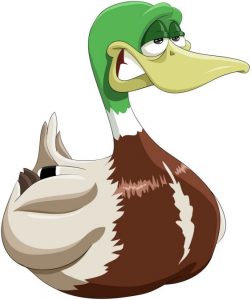 A longtime friend and sister figure told me a tail I found quack funny. She is actually a friend of my brother and was married to his best friend. Both she and her deceased husband are what one might refer to as a bit on the eccentric side, but in a good way. They never had any issues with money unless it was having more than they could spend. Their generosity was boundless. And they had a love affair with all animals, big and small, wild and woolly, with fur or feathers, didn’t matter. They lived in Orange County, CA on a many-acre ranch to accommodate the two horses, seven dogs and thirty two cats…no kidding…thirty two felines, many of which were house pets. They simply could not go anywhere without picking up a stray. (Just FYI, their ranch is some 20 miles from the horrific fires that have swept through much of California. They were in the line of fire during some previous infernos and Penny evacuated every single critter she owns before tending to her own safety.)

The last year or so of Charlie’s life, he grew even more peculiar due to a stroke. This had a negative impact on his thought process and I guess you could say he became cantankerous. One day he just up and decided he wanted wild ducks to have a place to call home…a place where he could closely observe them and make friends. You guessed right. THEIR HOUSE, THEIR POOL, THEIR YARD all became fair game…it started with two, then six and then a dozen ducks. He was so excited he went to the feed store and started buying duck food. He was buying 50 pound bags and every morning he would go out by the pool and start throwing the food around. Quacks got out and soon ducks from all over Orange County were flocking to the feedings. Things were getting out of hand to the point where the sky would actually turn dark as they started on their downward spiral toward the cracked corn. Charlie found this to be their favorite nourishment, although he tried several other food for fowl. Charlie was extremely strong-willed and Penny was helpless to discourage his new found mallard mania.

As time went by, there were so many ducks that they did not all fit around the pool or in it. They were landing on the roof and out in the pasture. There was a continuous cacophony of quacking at each other. It seemed to never end. Charles deduckted that his feathered friends weren’t getting enough to eat, so around five at night he would repeat the morning feeding schedule. They were going through 100 pounds of food a day! This stroke had caused immeasurable damage Penny had not anticipated.

They lost count as over 150 ducks were flapping their way in every day. The pool water, if you could call it that, was thick and nasty with green duck poop. The smell was horrendous…Penny could not believe that not one neighbor complained or called the SPCA. They had to have known some of what had been going on. When Charles had his last stroke, and spent three weeks in the hospital, Penny found a guy to come in and drain, then clean the cesspool then clean the pool again. Words can’t describe what a duck-aster he was faced with! Good news…did not take the ducks long to figure out “no water, no food….wow what the hell has happened?!”  Her son was over one day during the clean-up and the people next door yelled out, “What happened to all the ducks?” Her son told them Charles was in the hospital and not around to care for them. People are funny…they did not say “thank goodness” or “praise to the heavens” or anything like that. But the next day Penny went out to the mailbox and someone had put a little box with clay ducks in there.

When Charlies came home from the hospital he did not even ask about or remember the ducks…a blessing in disguise for Penny.

After Charles’ passing and a prolonged grieving, Penny now lives rather peacefully with no ducks, her 32 cats (probably more than that by now) seven dogs and two horses. She doesn’t seem to care that the threat of a horrendous fire storm could engulf her home and animals in a very short time.

Like I said, she’s a very kind and caring person but rest assured she is a little eccentric!