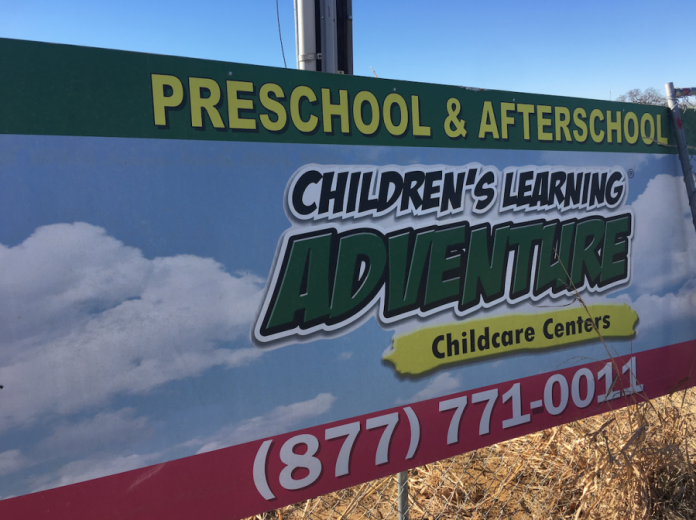 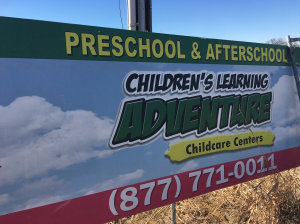 Children’s Learning Adventure has bailed on its plan to build a daycare in Flower Mound and is now selling the property, leaving what many residents have called an “eyesore” in a highly visible place in town.

A Specific Use Permit for a Children’s Learning Adventure Childcare Centers, which has daycares across the country, was approved for a new location in the southwest corner of FM 1171 and Churchill Drive by Flower Mound’s Town Council in December 2014, and the site plan was approved by the Planning & Zoning Commission in April 2015.

After that, though, the childcare company had funding issues and for years it was essentially doing just enough work to keep town permits from expiring, Town Manager Jimmy Stathatos said earlier this year. 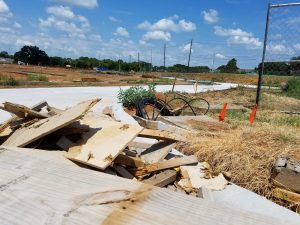 “I don’t know if that’s on purpose or not, but that’s exactly how it looks,” he said at the time. “It’s frustrating because we’re obviously anxious for them to get finished. It’s in a very visible location.”

The property was cleared, part of the foundation was poured and the storm sewer, underground electric service and plumbing were installed, but little other progress was made. The property remains a bare slate of grass, dirt and concrete. CLA put in a deceleration lane on Churchill Drive, without the proper documentation for the concrete, so it had to be redone.

This spring, three years after getting the green light from the town to begin work, CLA finally pulled out of the project and allowed its permit to expire, Stathatos said Thursday. The town has worked with CLA to address code and safety issues, and now “the ball is back in their court” to sell the property. 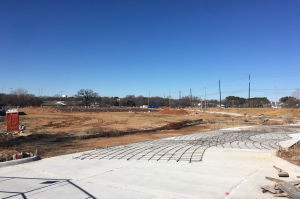 Despite several attempts to contact a representative at Children’s Learning Adventures, no one could be reached for comment.

It’s rare to see a project go through these delays, Stathatos said, and CLA hadn’t provided an explanation to the town.

“Especially with construction loans, there are timeframes in which banks want contractors to perform within, and when businesses are paying the interest on those loans, they’re motivated to get finished,” he said earlier this year. “They haven’t shared their reasons with us, but there must be some internal reasons that are contributing to the delay. I’m not aware, in my career, of a project that mirrors this, in terms of delays and lack of progress.”

Stathatos said some residents had asked the town to shut down the project or revoke the permit, but that was not a legal option for the local government.