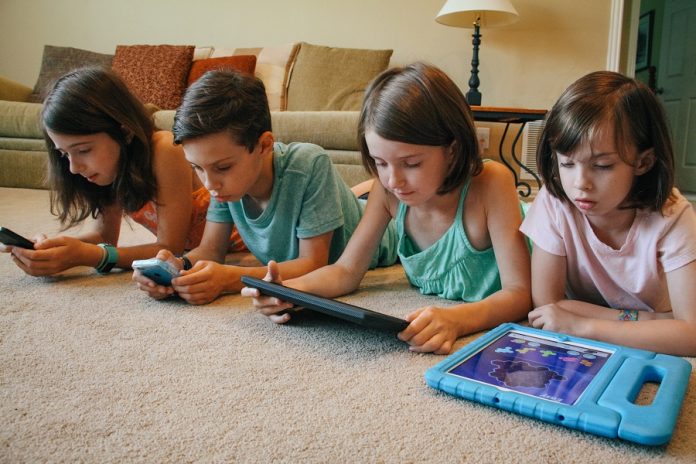 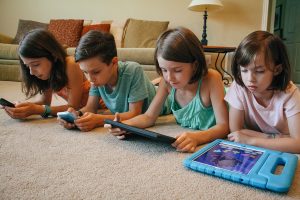 As if children don’t spend enough hours on their electronic devices during the school year, summer provides them with even more opportunities. Fortunately, experts in the field like Kim Muench and Dr. Kay Trotter have some sound advice on how to limit their screen time.

Both agree everything starts with parents; sometimes so attached to their jobs and/or technology they might not pay attention.

“We are the example,” said Muench, a Flower Mound certified parenting coach, with five of her own children ages 12 to 30. “We have to engage in the real world. We need to be the role models our children want us to be.”

The key is keeping children occupied with something fun that doesn’t involve a screen.

“One of the most important things that we have to do as parents, whether at school or not at school, is being involved in our kids’ lives,” Muench said. “For our family, it means actively engaging our kids on a regular basis in family activities. It’s parents making it a priority of doing things together.”

Such activities can range from parents and children cooking together, playing sports, hiking, biking and bowling, or even something as simple as eating at the same table.

Another way to curb screen time is for parents to set technology-free times (like no use after a certain hour) or locations (bedroom, dinner table, etc.). Muench and her children even go so far as to create and agree on written contracts for when and how technology can be used.

“Yes, children can find ways around them, but we try to use it for creating a circle of trust between us,” she said.

Establishing that trust means creating a plan to spell out expectations.

“The overriding theme is it’s a family plan,” said Trotter, a counselor at Flower Mound’s Kaleidoscope Behavioral Health. “Mommy and daddy have to do it, too.”

While every generation has had some kind of diversion– such as radio, television, video games, VCRs– it’s the plethora of options available now that boggles the mind. From streaming videos to an ever-growing number of social media platforms. It’s no wonder why today’s technology can become so addicting.

“As parents we’re never going to get ahead of these things,” Muench said. “There’s always a new drug, a new way to get high, or a new app that we don’t know about. The best thing we can do is develop the type of relationship with our children that they’re going to want to engage with us on a regular basis; and, want to do things other than spend time on their devices.

“The next big thing that’s coming are digital addiction [rehabilitation] centers. I honestly think they will come about. We’re going to come to a point where we’re going to literally have programs in a strip mall helping kids get off of screen time and that kind of addiction. I think that’s where we’re headed.”

“We’ve gotten so used to it we don’t realize how addicting it is,” she said. “Research shows if mommy and daddy will set boundaries and guidelines, children’s screen time will be reduced by three-hours a day.”

Too much screen time is not just a teenage problem. It can start far earlier, which is why Trotter advises getting ahead of the technology early; like when children are infants. She has even developed guidelines aimed at children of all ages. For example, she believes children younger than age 2 should have no screen time.

“For children younger than 18 months, avoid use of screen media other than video-chatting,” she said. “Parents of children 18- to 24-months of age, who want to introduce digital media, should choose high-quality programming; and, watch it with their children to help them understand what they’re seeing.

“For children ages 2- to 5-years, limit screen use to one-hour per day of high-quality programs. Parents should co-view media with children to help them understand what they are seeing and apply it to the world around them.

“For children ages 6 and older, place consistent limits on the time spent using media– and the types of media– and make sure media does not take the place of adequate sleep, physical activity and other behaviors essential to health.”

Trotter takes it a step further by suggesting not allowing devices in non-public places.

“You want the child to think: ‘if I’m texting something that anybody in the family can walk behind and see at any time, it’s okay,’” Trotter said.

“Parents should think of technology the same way as meeting their friends’ parents,” Muench said. “Another big thing is co-watching, which helps lead to discussion and helps stay connected to their youth and understand what they are doing.”

Both Muench and Trotter understand some of their recommendations aren’t feasible for some families, so they recommend as much moderation as possible. Trotter said to start small and work toward the full list.

She added that one reason parents need to be closely involved is children’s brains aren’t fully developed.

“For teenagers, the very last part of their brain that develops is the front part, which is what I like to call ‘The Stop Sign,’” Trotter said. “It’s where we adults would say ‘no, why would I do that;’ that part of the brain hasn’t connected for a teenager. The female brain is not fully developed until age 24 and the male brain is not fully developed until 27.”

Trotter offers several resources for parents to utilize to help them with their efforts. These include “Circle with Disney” (meetcircle.com) and “TimesUpKidz” (timesupkidz.com) for tips on avoiding too much screen time, plus www.healthychildren.org for family technology-plan templates.

“I want to help parents not to battle with their children when they set time limits on the computer or other technology,” said Trotter.