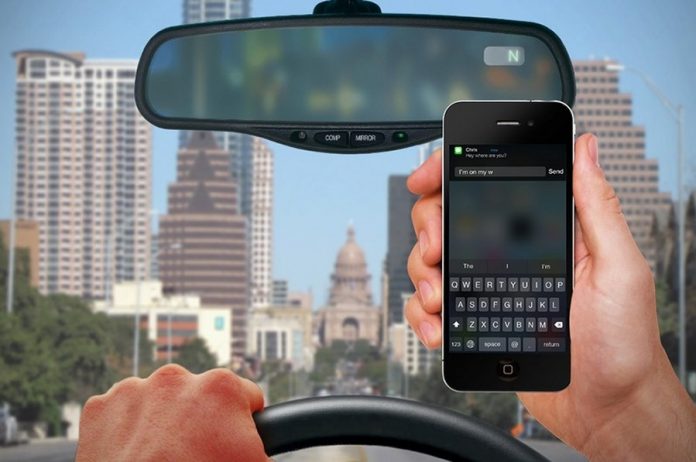 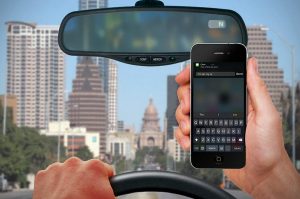 by Emma Platoff, The Texas Tribune

Gov. Greg Abbott on Tuesday signed into law a bill that creates a statewide ban on texting while driving.

The measure, authored by state Rep. Tom Craddick, R-Midland, goes into effect Sept. 1. This is the fourth session in a row Craddick has tried to pass such a ban.

“By enacting this public safety legislation, the governor is saving lives by deterring this dangerous and deadly behavior,” Craddick said in a statement. “For a long time, Texas has needed this law to prevent the loss of life in unnecessary and preventable crashes and we finally have it.”

Former Gov. Rick Perry vetoed a similar proposal in 2011, calling it a “governmental effort to micromanage the behavior of adults.” Abbott hesitated for several days before signing the bill, prompting speculation that he was undecided on the ban.

The governor announced that he had signed the bill at a press conference Tuesday, when he also announced a series of priorities for a special legislative session to start July 18. Among those priorities is further work on the ban, which Abbott said “did not fully achieve my goals.”

“I was not satisfied with the law as it was written,” Abbott said Tuesday. “Now that Texas does have a statewide ban on texting and driving, I am calling for legislation that fully pre-empts cities and counties from any regulation of mobile devices in vehicles. We don’t need a patchwork quilt of regulations that dictate driving practices in Texas.”

The Argyle Town Council unanimously adopted an ordinance prohibiting the use of portable electronic devices while driving in Nov. 2015 that went into effect Jan. 1, 2016.

The law includes a provision to pre-empt local ordinances that govern a driver’s ability to “read, write, or send an electronic message.” But Abbott said Tuesday he hopes for broader legislation that fully pre-empts local governments from passing “any regulation of mobile devices in vehicles.” A broader pre-emption measure would impact dozens of cities — including Austin, San Antonio and El Paso — that currently operate under stricter mobile regulations.

Andy Duehren contributed to this story.

This article originally appeared in The Texas Tribune at https://www.texastribune.org/2017/06/06/abbott-signs-texting-while-driving-ban/.

Texas Tribune mission statement: The Texas Tribune is a nonprofit, nonpartisan media organization that informs Texans — and engages with them — about public policy, politics, government and statewide issues.