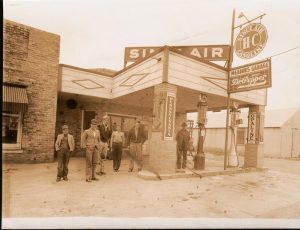 Framed photographs line the wall in rooms where dozens of scrapbooks preserve the Town of Argyle’s history. Mingled amid tables filled with artifacts of times past, the framework of a hand-hewn wooden bed with wooden pins to attach the pieces still in place and an old stove complete with its instruction booklet lie in wait for the next generation to pick up the preservation pieces.

Acting as a giant time capsule, several rooms in the Meadows Building at U.S. 377 and Denton Street still hold much of the town’s and her family’s history – carefully preserved by Yvonne Jenkins, who served as the town’s mayor from 1980-1984 and again from 1991-2001 before she passed at the age of 74 in July 2010 following a lengthy illness.

Also a historian, Jenkins opened the museum in 2007, welcoming residents and visitors alike to a collection she built in the years since B.W. Meadows opened the Meadows General Store in the 1920s.

Today, Jenkins’ daughter, Kay Teer, who also serves on the Argyle Town Council, is selling the Meadows Building to someone with the hope of preserving the original building where she lived as a youngster in an upstairs apartment. It is the same building where she remembers climbing on a step in front of the oaken candy display to peer through the glass and choose among the latest in sweet confections.

While she works to preserve the building’s history, Teer is also hoping to find benefactors to take the reins on preserving the town’s history for future generations. And though she has a bit of time to relocate the artifacts, it is not unlimited. Some items are being relocated to Argyle Town Hall for residents to enjoy. But there’s so much more that needs a new home.

“I’d like to have a 501(c)(3) organization take over and maybe some interns from the university to help preserve the town’s history,” she said. 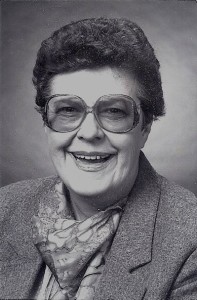 The task is too much for her to take on alone, she says. “I’m not sure I would know how to preserve all of this,” Teer said, waving her arms around the room packed with historical treasures – treasures that her mom collected from older residents as well as her own family and through travels around the U.S. and overseas.

Jenkins, known in Denton for working to preserve that city’s past through the Denton County Historical Commission, spent hours upon hours tracking the history of Argyle. She and Teer traveled overseas to visit the Duke of Argyll in Scotland, with whom Jenkins developed a pen pal relationship. The town’s iconic “A” – red with a star-shaped design – is from the Duke’s signature, Teer said.

Jenkins also traveled to communities across the U.S. bearing the same name – Argyle, Ill.; Argyle, N.Y.; Argyle, Wisc.; Argyle, Minn.; Argyle, Ga.; Argyle, Fla.; Argyle, Mich.; and even Missouri, where a ninth Argyle still remains. Argyle, Utah, is the 10th namesake in the U.S. though the community is now considered a ghost town.

Just the history of the building is something to behold. Members of the Meadows family operated a variety of business on the premises including: Bill Meadows and Red Allen Sinclair Gas Station and Garage on the south side; a café run by Jewel Meadows on the north side, which is where a cream station to test butter fat was added in the 1930s; Red Allen Electric Shop and Ann Wynn’s Beauty Shop on the northeast corner; a feed grinding mill on the southeast corner outside of the building; and the rest including a feed room, hardware supplies, rope and veterinary supplies and a meat market where Georgia Bell Meadows Allen served as the butcher.

The General Store stocked just about anything anyone could need from overalls and khaki work clothes to hats, shoes, bolts of material, sewing supplies, lamps, paint, canning supplies, buckets, wash tubs and coal oil. Children favored the northwest corner where the candy case, ice cream freezer, toys and comic books could be found. The Argyle Post Office operated out of the building from the 1920s until the 1950s in the Meadows Grocery until it was moved to the north side of the building in the 1950s.

The Meadows General Store operated from the 1920s through 1982. In 1985, the general store was transformed into the Meadows Building, renting out space to different businesses.

The upstairs apartment where Teer once lived as a child featured a downstairs kitchen – a kitchen where Teer recalls her family once served sandwiches to transients during the Great Depression.

The building even served as the occasional hang-out for Argyle City Hall’s official dog – Rowdy – a fox terrier who would greet visitors young and old at city hall, his usual domain.

Though much of the town’s history is preserved on paper in a book published in 1980 by Jenkins, the artifacts await the patient hands of dedicated historians knowledgeable in the art of preservation.

“I love this place but I don’t know all of the things she did,” Teer said of her mother’s skill as an historian. “That’s why I’m working to create a local historical commission and the city to get it set up and organized.”