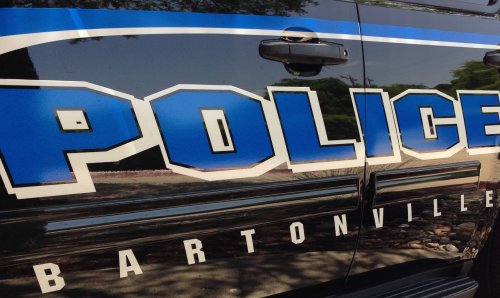 The Bartonville Police Department from November 1–30 had 396 calls for service, two resulted in incident reports, and five motor vehicle crash reports were taken. Here are some recent police calls:

Nov. 12: Officers responded to the 80 block of McMakin Road for a pedestrian vs. vehicle crash with minor injuries. Further investigation revealed no charges were filed.

Nov. 19: Officers assisted the Sheriff’s department with a large fight at the Sonic located in the 7000 block of Justin Road.

Nov. 20: Officers responded to the 1000 block of James Price Court regarding a disturbance. Further investigation revealed two neighbors were verbally arguing over a loose dog issue and a possible dog bite because of the loose dog. It was determined no one had been bitten by the dog.

Nov. 20: Officers responded to the 9100 block of Cedar Ridge for an agency assist with the Sheriff’s Department. Officers assisted with scene control during a working house fire.

Nov. 28: Officers responded to the 800 block of McMakin Road regarding a disturbance. Further investigation revealed the resident at the location was upset that ADT installation technician was taking too long and wanted him to leave.

Our Annual Blue Santa Program ran from Nov. 17 through Dec. 9, 2022. It was a huge success thanks to all the generous donations, help from town staff, and the Argyle ISD students that volunteered their time to wrap all the gifts.

We have a Facebook page facebook.com/BartonvilleTXPolice. Check it out and follow us to keep up with upcoming activities and notices.