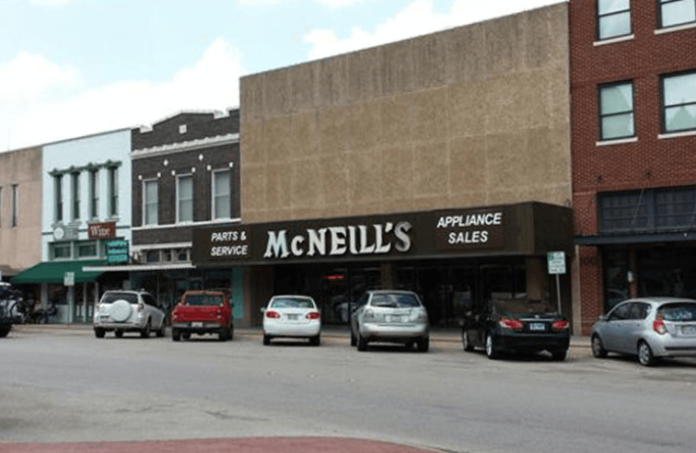 After McNeill’s Appliance announced last week that it was closing its doors after 90 years in business (in various forms), several potential buyers emerged and the business is likely going to be auctioned off.

FC McNeill started the business in 1931 selling wringer washing machines out of the back of his pickup truck, according to a company news release. The business expanded over the years and has remained in the family since, but current owners Pam Grimes and Steve McNeill have reached retirement age. Their children all have careers outside the business, and the family tried for a few years to find a new owner with similar values that would honor the McNeill legacy, but, as of last week, that owner had not emerged and the family announced the Denton Square staple since 1964 was closing its doors permanently.

“We have been blessed to have a very special relationship with the Denton community, including surrounding areas for over 90 years,” McNeill said. “This has included loyal customers spanning multiple generations as well as very special, loyal employees, also spanning multiple generations in some cases. We have several current employees with 30-40 years of service to the company. Words cannot express how much we appreciate the loyalty of these employees and customers.”

The business had announced that it would be closing its doors Aug. 6 and auctioning its assets online, but since that announcement, “several parties have emerged as possible buyers of the business who would continue the legacy started by FC McNeill in 1931,” the website says.

The doors at McNeill’s, 104 W. Oak St. on the Denton Square, will now remain open during regular business hours through Aug. 13. More details about the auction is expected to be released soon.