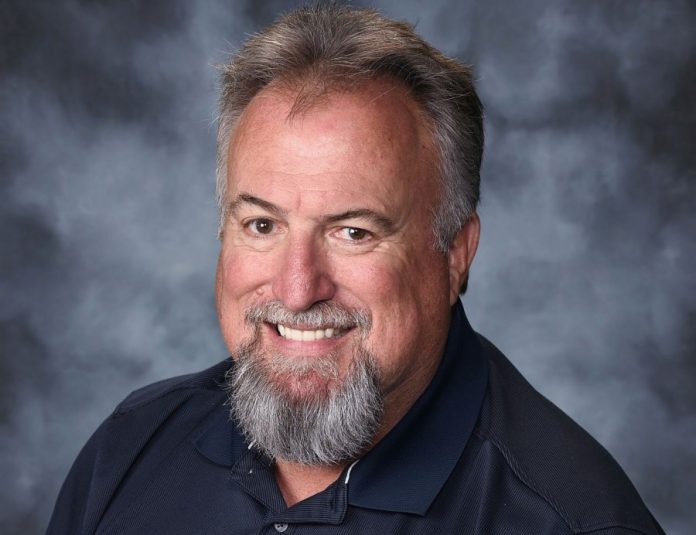 Michael Lee Leonard, 62, of Argyle, Texas was greeted by Jesus in heaven in the early morning hours of Tuesday, June 28, 2022. Michael was born November 30, 1959, to parents Arliss and Linda (Ray) Leonard in El Paso, Texas. He was a very special man to many, he was strong, brave, kind, loving and generous to all. Michael was loved by everyone who met him, and he made a huge impact on many lives, but his testimony of faith is what made him exceptional. His family at Liberty Christian School shared the following beautiful tribute to him:

“It is with a heavy heart that we share the news of the passing of our beloved campus security guard Michael “Big Mike” Leonard. After a short battle with cancer here on earth, we are comforted that Mike is now resting with the Savior in heaven. Mike often shared that he lived his life “with his bags packed,” knowing that this life is fleeting, and he would be ready when the time came. Thanks to the grace of God, his suffering is over, and he is home. Mike served the Liberty community for more than 15 years and was a steadfast protector and advocate for our school community for many years. More importantly, he was a wonderful friend and brother in Christ. The protection of our community always took precedence with Mike. He embodied what meant to serve as Christ served, as he diligently maintained his post through years of school days, dismissals, and late evenings at countless athletic, fine arts, and after-school activities. He loved our students and the Liberty community deeply and his absence will be felt for a long, long time.”

Mike was just an all-around amazing guy, he was funny, tough, strong, kind-hearted, stern, silly, determined, and a keeper of the rules. His smile, wink and wicked sense of humor made him the whole package. The kids at Liberty had a huge amount of respect for him. He played a good “tough guy” act, but it was just that, an act (but don’t tell the kids that). He was one of the sweetest people you would ever meet. Michael was a member of Cross Timbers Church in Argyle and was involved in their motorcycle ministry the CT Cruisers, where he met many lifelong friends. He was also an active member of the Protectors – Cowtown, a Law Enforcement Motorcycle Club where he served as Chaplin, a new role to him that he was thrilled to hold. The friendships he developed there were like family. He loved riding his “geezer glide” aka his Harley Davidson, and if you know him you have seen him in one of his hundred Harley shirts. He also enjoyed his 15-year running Wednesday night “Stogie Fellowship,” a weekly group of men who solved the world’s problems each and every week.

Mike was also a devoted father, son, grandfather, uncle, brother, an amazing life partner to Kim, wonderful friend to her children and Papa Mike to her grandchildren. He enjoyed being out on the lake, spending time on the boat, cigar in hand, soaking up the sun and just relaxing on the water. That is why he decided to spend his precious time left with his beloved, Kim, at their lake house in the Cedar Creek Lake area. His legacy will live on in the lives that he touched, and his presence has left a lasting impact on so many lives. Mike truly lived his life as a reflection of Christ’s love and service to others. He was a special man and will be missed by all.

Fond memories and expressions of sympathy may be shared at www.eubankcedarcreek.com for the Leonard family.