A Highland Village couple is bringing a new, unique restaurant concept to their hometown this spring.

Awesome Times is expected to open in late April, barring delays, in Bowery Park at 2630 Main St., Suite 107 in Highland Village. Jerry Lisby, former pitmaster at Marty B’s, and his wife, Tamara, have lived in Highland Village for 16 years, and he’s been wanting to open his own restaurant since before then.

“Awesome Times will be a place for neighbors and families to hang out, a place for everybody to gather and have a spot to eat,” Jerry said. 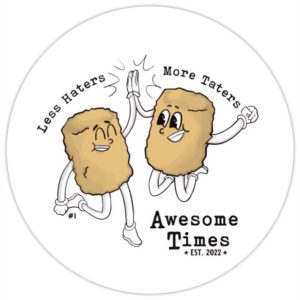 The restaurant will be fast-casual counter service with a full liquor license. The menu will feature sandwiches, burgers, salads, wings and much more, and much of the menu will have their own signature flavor with unique names after local high schools and former mayors. Jerry calls it neighborhood food.

“We’re taking simple things and adding layers of flavor and turning it into something unique,” Jerry said, describing non-traditional Philly cheesesteaks and other sandwiches, loaded tater tots, green chile burgers and more. The menu will be versatile, with a core menu and other rotating items.

The unique name, Jerry said, came from Tamara’s friend, who has talked about opening her own restaurant in the mountains.

“She wanted it to be a place where you could hike to, and take your dog … and she said she’d call it Awesome Times, and I thought that was a terrible name,” Jerry said with a laugh. “But as we started this process and we kept saying it’d be awesome to have this and it’d be awesome to have that, we kept saying it so much that it finally stuck. I think people will like it, it’s a unique, fun name. We kinda stole the name from (Tamara’s friend) but she was OK with it.