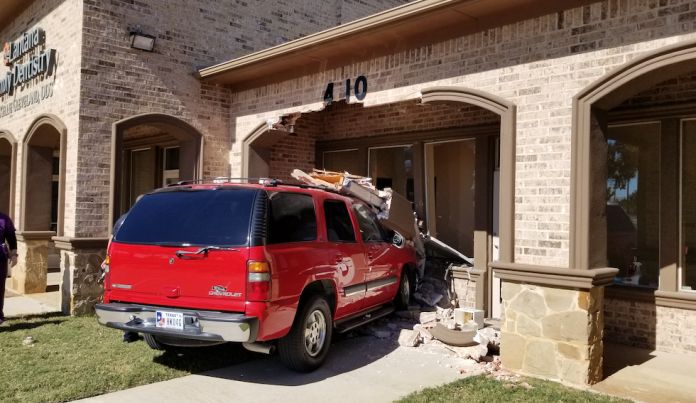 A SUV crashed into a building on FM 407 a few blocks from the busy FM 2499 intersection on Friday.

The 75-year-old driver of the SUV accidentally hit the gas instead of the brake while she was approaching the business to park, a police spokesman said.