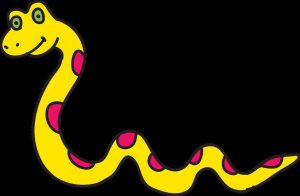 Let me refresh your memory. Last month I claimed to have been wacked in the back of the head by an overly protective red shouldered hawk. I stand firm on that claim. In fact, my husband happened to be looking at me standing near the tree where the bird has its nest full of babies. He wondered why I was rubbing and holding my head. The attack was swift and very aggressive… and I was in total disbelief! We later discovered that, in addition to being sore, I had a scratch on my head and it had bled! The hawk’s talons had been out! This action certainly seemed uncalled for since I did not perceive myself as a threat. Big Bird, however, saw me as a reason to fret.

Meanwhile, back on the ground, where the ducks are found, and in the pond where the geese hang around, we discovered a freaky new kind of geese this year. Actually, they’ve been loitering nearby for a couple of seasons but until now have been pretty shy. You might describe them as ugly, strange, unique, odd, rare, peculiar ~ you get the picture. They have plump, brownish-black bodies with white heads and red beaks. And while sometimes our pond hosts as many as 40 or more Canada geese there is only one pair of this “special” variety. I’m no ornithologist but I had to know what these abnormal looking fowl were. Looking for a match I viewed hundreds of geese on the internet. Turns out we have ourselves a couple of Muscovy ducks! And from all that I viewed, we are truly fortunate to have two of the better looking of the lot. (Man, some of them are really ugly!) Hopefully, they’ll add to the pond population with a few of their own offspring. This year the Canada geese have only produced two goslings that I’ve seen. BTW, goslings are as cute as the dickens although a bit gawky during their teenage stage.

After a hard day of wrangling wrens, liberating little ducks and dodging hovering hawks, a big bowl of buttered popcorn and TV is a good way to relax. One evening, while munching away, the ring video doorbell on the front porch went off. It was after 11 p.m. and way too late for even friends to come a calling. I dare not answer the door and Ken was in bed. So I just froze for a bit until it stopped, started one more time and then there was nothing but silence. Next morning hubby checked the video on his phone to reveal, in living black and white, a huge copperhead snake crawl down from above the front door, to in front of the camera and slither away… the away part made our day! Even though you could not see its colors, the markings were unmistakably those of a very rotund copperhead.

The following day, I was doing some weeding in the backyard. (Fool that I am I was not too far away from Big Bird’s nest). I frequently peered up to make sure the bird did not have a clear shot of my head. Out of the corner of my eye I caught something moving near my ankle. OMG it was the copperhead in living color! My property was becoming a very dangerous place! I dared not scream because I couldn’t. I could, however, scamper ~ flip flops be damned. And I surprised myself at just how fast my feet could carry me since I’m not in the practice of running anywhere these days. Remember the four eggs that remained in the duck’s nest after the others had hatched? Well, I’m fairly certain the snake knows something about their disappearance. And just when I thought I’d had enough encounters with a snake (any is too many) here came yet another! I stepped out my kitchen door and almost squished a rat snake between my toes! It was on the porch slinking its way across the outside doormat. No sense in me telling you how gigantic it was because in my eyes it appeared to be an anaconda on steroids. I screamed for my husband to do something. So he came a runnin’ taking a circuitous route through the garage and around to the back. I stood there with my knees knocking waiting to be rescued. My hero arrived on the scene armed with his camera. Oh, swell. Wasn’t exactly what I had in mind but then I really don’t know what I wanted him to do. So he took pictures while I gave the python a wide berth as we both watched it slither its way through the grass toward my neighbors. Enough about snakes, already.

So on the next rainy spring day we headed out to the car to go run some errands. In front of one of the car’s wheels I noticed a grayish Walmart bag I’d dropped last trip in from the garage. When I bent down to pick it up it moved. Actually it crawled. And then it retracted its homely turtle head back into its shell. Hard to tell but probably a female who’d decided to lay her eggs ~ where else but in our garage. The way she was positioned made backing the car out impossible without flattening her. As turtles aren’t prone to come when you call them, my husband had to come up with a different plan. And I thought his solution was pretty slick. He grabbed the push broom and swept her out from under the car. She slide nicely across the concrete floor. Once no longer under shelter he picked her up and set her loose in some tall grass across from the driveway. Hey, turtles are better than snakes any day!

As you can see my spring was quite harried.

“What would come next?” to myself I queried.

Will be about the sweet things that nature keeps breeding.