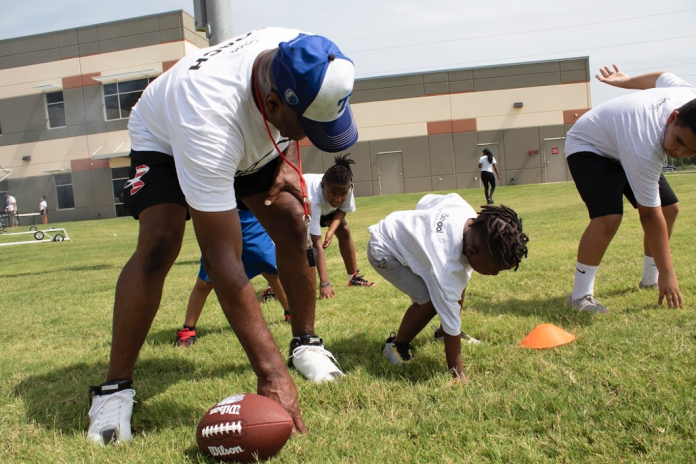 On Saturday, former Dallas Cowboy Tony Casillas and other NFL players gave back to the community with a free football clinic at iSchool of Lewisville.

The 2021 All-Pro Football Camp hosted more than 75 youth athletes outside in the sunshine to learn the fundamentals of football, team building and self-improvement, according to an iSchool news release. This was the second football camp hosted by the ResponsiveEd school, and players and coaches alike were excited to get back on the field.

“We had a great turnout for this year’s iSchool of Lewisville All-Pro Football Camp,” said Head Coach Byron Williams. “Every player showed up, worked hard, and learned valuable tools they can use in football and in life.” 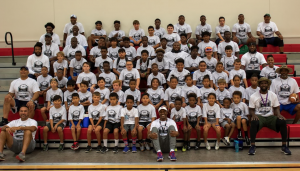 In addition to Williams and Casillas, the All-Pro Football Camp coaching staff consisted of college coaches and former athletes Jamelle Hollieway, Alfred Anderson, Jun Anderson, Rose Collins, George Cumby, Phillip Epps, Kenneth Hall, Mike Moore, Liffort Hobley, Larry Mallory, Mike Moore, Preston Taylor and special guest Keondra Mallard. The one-day football camp was a free event hosted by iSchool of Lewisville and open to all area athletes in grades 2-12, independent of the school they attended, according to the news release. iSchool of Lewisville serves students in grades K-12 and doesn’t have a football team. The event was simply a way for ResponsiveEd to say thanks.

“ResponsiveEd is one of the largest charter school networks in the nation and Lewisville has been our home for more than 20 years,” said ResponsiveEd Spokesperson Jake Kurz. “We host free events that are open to the public, because we appreciate this community’s ongoing support of our mission to provide hope to students through tuition-free educational options.”

To learn more about iSchool of Lewisville or to enroll, visit www.ischool-lewisville.com.