Cause of Highland Village fire undetermined 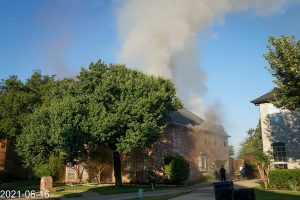 The cause of a two-alarm structure fire last week has not yet been determined, as of Tuesday, according to Highland Village Fire Chief Michael Thomson.

Firefighters responded to a working fire on Devron Court on Wednesday morning. Thomson said the fire originated in the outdoor kitchen area and spread to the home. 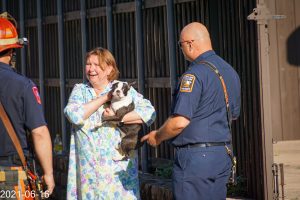 The residents evacuated the home, but while firefighters were extinguishing the fire, the residents were missing one of their five dogs, Bailey. Crews searched for the missing pup inside the house and around the neighborhood, eventually finding it outside, scared, hiding behind pool equipment. The dog was healthy and didn’t need medical care, and was quickly reunited with its person.

Firefighters from the Flower Mound, Lewisville and Lake Cities fire departments assisted with the fire response on Wednesday, and Denton County Emergency Services District No. 1 firefighters filled in on Highland Village calls during the fire.