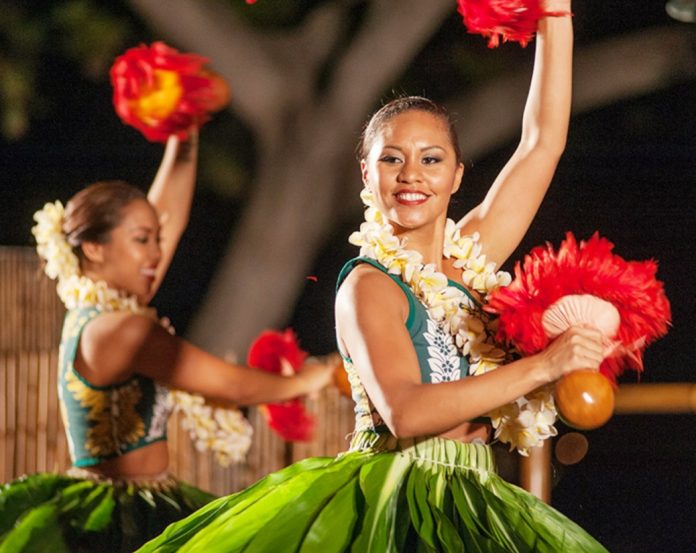 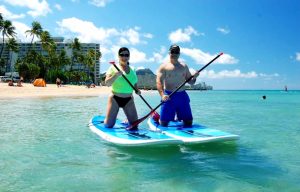 Our 50th state, Hawaii, is truly a unique paradise! From east to west Hawaii is the widest state in the United States. The state of Hawaii consists of eight main islands: Niihau, Kauai, Oahu, Maui, Molokai, Lanai, Kahoolawe and the Big Island of Hawaii all in the middle of the Pacific Ocean.

If you’ve never been to Hawaii, you need to add it to your bucket list. I would suggest starting with Oahu, it is a great island to begin your Hawaiian experience!

Oahu is home to the state capital, Honolulu. Highlights of the city include historic Chinatown and the Punchbowl, a crater-turned-cemetery. Waikiki is an iconic beach, dining and nightlife area. West of Honolulu is Pearl Harbor, site of the WWII’s 1941 bombing attack and home to the USS Arizona Memorial.

Waikiki Beach is famous for its beach breaks, making it a popular haven for surfers. It is no wonder that the statue of Duke Kahanamoku, the person credited for making surfing popular as a modern sport, is among the most visited and photographed landmarks in Waikiki. High-rise hotels line the shore in Waikiki, a vibrant neighborhood known for its popular surf beach. Designer fashion stores line Kalakaua Avenue and nearby streets, and the area buzzes after dark with waterside cocktail bars, fine dining and Kuhio Beach hula shows.

International Market Place is in the heart of Waikiki. It is a retail, dining and entertainment destination, attracting residents and visitors alike. The revitalized International Market Place features shopping in an open air environment and opportunities to experience a unique “Hawaiian Sense of Place” through the celebration of the history and culture of Waikiki and its people. Water features and Hawaiian landscaping, including an iconic banyan tree, are featured throughout the center and the Grand Lanai offers a varied selection of outdoor dining venues under the stars. My favorites are: live music, lei-making workshops and a free Polynesian hula show. Give yourself plenty of time here…a great area to spend the day.

Diamond Head is a volcanic tuff cone on the Hawaiian island of Oʻahu and known to Hawaiians as Lēʻahi. The Hawaiian name is most likely derived from lae plus ʻahi because the shape of the ridgeline resembles the shape of a tuna’s dorsal fin. Its English name was given by British sailors in the 19th century, who mistook calcite crystals on the adjacent beach for diamonds. 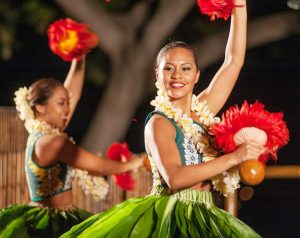 Hanauma Bay is a marine embayment formed within a tuff ring and located along the southeast coast of the Island of Oʻahu in the Hawaii Kai neighborhood of East Honolulu, in the Hawaiian Islands. Hanauma is one of the most popular tourist destinations on the Island. At one time, this popular tourist destination accommodated over three million visitors per year. In 1956, dynamite was used to clear portions of the reef to make room for telephone cables linking Hawaii to the west coast of the US. The snorkeling here is fantastic. We saw such a variety of colorful marine life, and even snorkeled right by several giant sea turtles!

The Polynesian Cultural Center is a Polynesian-themed theme park and living museum located in Laie, on the northern shore of Oahu, Hawaii. The PCC is owned by The Church of Jesus Christ of Latter-day Saints and opened in 1963. It occupies 42 acres of land belonging to nearby Brigham Young University–Hawaii. The PCC encompasses eight simulated tropical villages, in which performers demonstrate various arts and crafts from throughout Polynesia. Visitors may also take a free shuttle tour of the university and see the LDS Church’s Laie Hawaii Temple and its associated visitors’ center. Seventy percent of the PCC’s approximately 1,300 employees are students at BYU-Hawaii. I highly recommend this place. It really gives great insight into all the Polynesian Islands. And the show each evening is outstanding and really fun.

The USS Arizona Memorial, at Pearl Harbor in Honolulu, Hawaii, marks the resting place of 1,102 of the 1,177 sailors and Marines killed on USS Arizona during the Japanese surprise attack on Pearl Harbor on December 7, 1941. The attack on Pearl Harbor and the island of Oahu led to the United States’ direct involvement in World War II. The memorial, built in 1962, has been visited by more than two million people annually. Accessible only by boat, it straddles the sunken hull of the battleship without touching it. Historical information about the attack, shuttle boats to and from the memorial, and general visitor services are available at the associated USS Arizona Memorial Visitor Center, which opened in 1980 and is operated by the National Park Service. The battleship’s sunken remains were declared a National Historic Landmark. The USS Arizona Memorial is one of several sites in Hawaii that are part of the Pearl Harbor National Memorial. To see this is a very sobering experience!

Iolani Palace is the only royal palace in the United States. Iolani Palace represents a time in Hawaiian history when King Kalakaua and his sister and successor, Queen Liliuokalani, walked the halls and ruled the Hawaiian Kingdom. The Palace complex contains beautiful memories of grand balls and hula performances, as well as painful ones of Liliuokalani’s overthrow and imprisonment. Since the overthrow of the Hawaiian Monarchy, the Palace has undergone many changes as it once served as the Capitol for almost 80 years and was later vacated and restored to its original grandeur in the 1970s.

The Banzai Pipeline, or simply Pipeline or Pipe, is a surf reef break located in Hawaii, off Ehukai Beach Park in Pupukea on O’ahu’s North Shore. A reef break is an area in the ocean where waves start to break once they reach the shallows of a reef. Pipeline is known for huge waves that break in shallow water just above a sharp and cavernous reef, forming large, hollow, thick curls of water that surfers can tube ride. There are three reefs at Pipeline in progressively deeper water farther out to sea that activate according to the increasing size of approaching ocean swells. We packed a picnic and sat on the beach and watched the surfers – it was fascinating free entertainment!

Ala Moana Beach Park is a free public park on the island of Oahu, U.S. state of Hawaii, located between Waikiki and downtown Honolulu. This 100-acre park has a wide gold-sand beach that is over a half-mile long. Protected by a shallow reef offshore, it is one of the most popular open ocean swimming sites in Hawai’i, with an estimated 4 million visitors annually. Lifeguards are stationed on the beach daily. Ala Moana’s ocean bottom drops quickly, so novice swimmers should use caution. Big grassy areas, banyans and palm trees make the park a good place to picnic, barbecue, play all kinds of ball games or go running. There are lifeguards, showers, restrooms, phones, tennis courts, picnic tables, food concessions and a music pavilion. Ala Moana Beach Park is a favorite among Honolulu residents. We always see big family gatherings and cookouts here on the weekends. This is a great place for beautiful views and long walks on an actual sidewalk along the water’s edge.

The Hawaiian Alphabet, only consists of 12 letters: Vowels: A, E, I, O, U; Consonants: H, K, L, M, N, P, W. This is the alphabet used to write Hawaiian. It was adapted from the English alphabet in 1822 by American missionaries to print a Bible in the Hawaiian language.

Try your hand at speaking Hawaiian – here are a few words and phrases to try!

A hui hou – Until we meet again