After that winter storm, don’t give up on your plants too soon 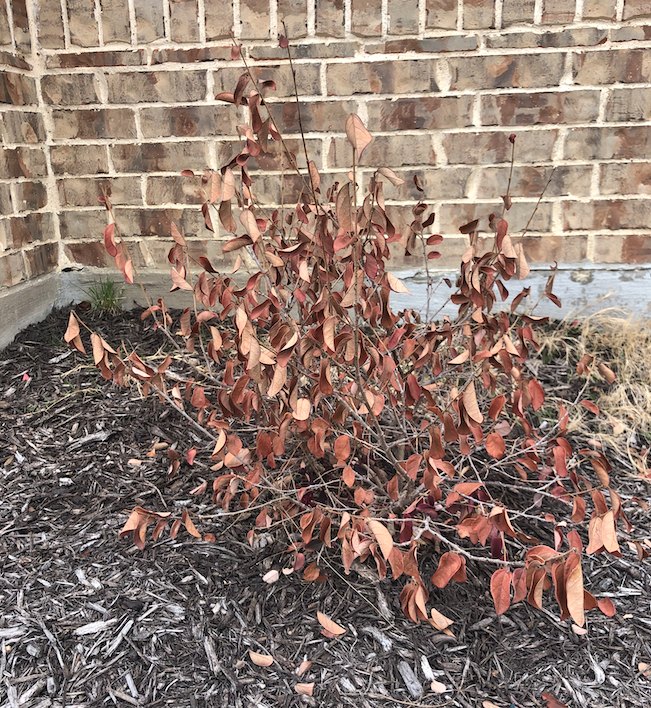 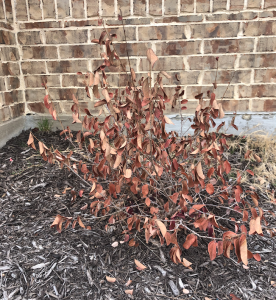 More than a month after February’s historic winter storm, many shrubs and trees still look dormant or dead. But it’s still too soon to give up on them, according to Aaron Goldstein, owner of GOLD Landscape in Lantana.

“Don’t overreact and think everything is dead,” Goldstein said. “Allow things to warm up. Good things should happen to most plant material.”

“We’re just not there yet,” he said. “We had freeze damage, but we won’t know how severe for another month or two. Plant material that is brown and not showing activity isn’t necessarily dead.”

Trees currently losing leaves, like many Live Oaks in the Lantana area, are “a very good sign,” Goldstein said.

“That means trees are forming nodes — leaf formations — pushing off old growth,” he said. “That means it’ll survive, and in the next month or two will have fresh new leaves.”

This doesn’t mean that you can’t do anything now to help your landscape come back to life. Goldstein recommended reducing the size of the plant, “cut some of the brown off,” so that when temperatures rise, it’ll be easier for them to put out all new growth.

“Not every plant is going to do that, though,” he said. “Some won’t make it. Some particular plants seemed to take it worse, like Indian Hawthorn bushes. But we’re not going to jump out and remove them everywhere, we want to give everything a fighting chance and opportunity to grow.”

By mid-May at the latest, you’ll know if any of your plants are dead, though you should probably see signs of growth sooner than that.

“Landscapes aren’t going to be pretty in April,” Goldstein said.

If you don’t want to risk having dead bushes in your yard all spring, now is the time to start replacing them, Goldstein said. But be prepared to pay more than usual.

“Plant availability is an issue,” he said. “The Houston area and south Louisiana got a lot of ice, which is more damaging to plant material than snow, and nurseries had severe damage, so it’s going to be pricey. If you want a pretty yard in April, you’re going to have to spend a lot of money to do it.”

The best thing to do for your yard, Goldstein said, is to fertilize it and cut it short to get rid of as much of the brown grass you can.