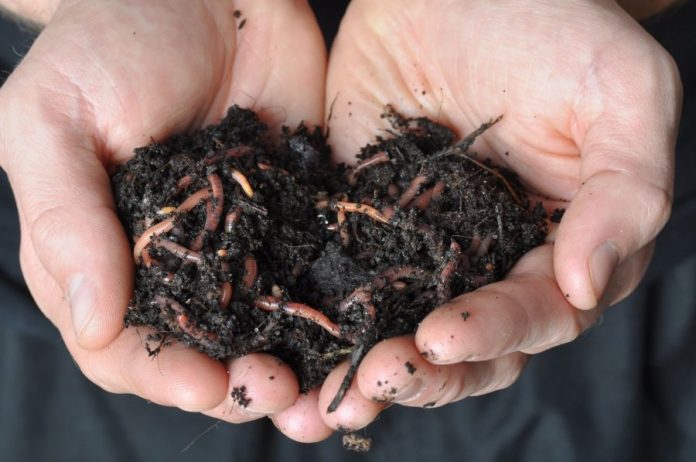 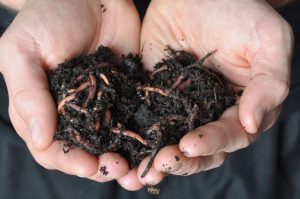 The last time some wormologist or crazy person counted, 22,000 kinds of marine and terrestrial segmented worms shared the planet with the rest of us, but only four species of terrestrial or earthworms inhabit and help maintain healthy garden soil.

You ready? Garden worms, long nightcrawlers, red wigglers that get stumbling drunk on kitchen scraps, and occasional manure worms whose name says more than we wanted to know.

Dig up a spade full of your garden soil and start counting. Howard Garrett “The Dirt Doctor” says you want to see 10 or more. In much of North Texas the chances are high you won’t find any, and this goes a long way toward explaining vegetable garden disappointments commercial fertilizers cannot cure.

Earthworms live in moist, dark, coolish environments rich in decomposable composts and mulches which they munch around the clock.  So what does your garden soil look like on an average day? Ideal soil consists of about half decomposing materials and half mineral stuff with a generous dose of dampness. Worms barge or gobble their way through damp, crumbly soils.

Castings lodge in the soil, and create miniscule spaces called “pores” that fill up with water or oxygen which bacterial and fungal colonies on plant roots feed on for energy to break down rocky soil minerals.

Worms carry on in tunnels about as wide as a pencil. Their burrows and castings can increase soil porosity up to 400%. An acre of ideal soil may contain half a million worms that in a year’s time can produce 100,000 pounds of castings. For the mathematically challenged that’s 50 tons of a spicy enchilada no plant can resist.

Worms, however, are living creatures that require food and water. A half pound of healthy worms can consume 3-4 pounds of food in a week. Fortunately they aren’t picky about the condition of their meals so give your garbage disposal a rest. Torn and rotten stuff is just dandy since they don’t have teeth. They like dead stuff: old leaves, twigs, wood chips, bark, animal corpses, grass clippings and straws, kitchen detritus, wild animal excrements, and water. They gobble wet paper towels, shredded newspaper, and papier maché egg cartons for dessert.

Keep meats, dairy products, greases, and human and household pet feces out of the garden because those items (a) create stinky gases during decomposition, and (b) harbor stubborn toxins that make people sick.

Worms are Good Time Charlies that leave the area when the food and water run out, so a gardener’s biggest challenge is to make sure the proverbial fridge is stocked. Bring on the food and drink, and it won’t take the little freeloaders long to move in with their friends and families.

In seasonally hot weather areas like ours soil decomposition moves along at a faster pace than in the far north woods of Minnesota. Local soil depths decrease visibly in one growing season, and Texans have two every year. Armed with that information, local gardeners should refresh their planting areas, and feed their worms with at least one inch of new compost twice a year.