Stroup: You get what you pay for sometimes (Part 2 of 2) 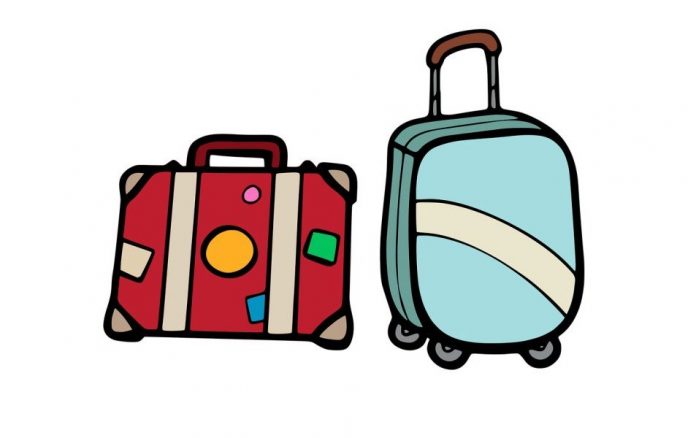 Last month I enjoyed telling you all about our fun activities when we visited Branson MO for a few days. There was a plethora of things to see and do including fantastic exhibits and memorable live show performances. It’s a good thing we were able to cash in on these price performers as our 2,800-square-foot villa left oh so much to be desired. You’d expect for the money there would be amenities aplenty. So here’s how that really went:

As for as we could tell, the entire 55-room complex was manned by five people. This necessitated each of them being a “Jack of all trades.” For instance, if you couldn’t reach Jake at the front desk you might find him using the leaf blower in the parking lot. Housekeeping was by request only so if you wanted your bed made and pillows fluffed you were welcome to do so yourself. No big deal, except I can’t remember the last time I stayed any place where that wasn’t included in the room rate. And if you wanted clean towels, you were expected to put the used ones in a big black plastic bag outside the door and contact the front desk for more.

Entering the door to our villa we were presented with a huge open living area with an equally huge wraparound balcony. The outdoor space was included in the 2,800 square foot total rate. Although plush, the furniture was at a bare minimum and a forklift would have been helpful in getting up from the couch. Whoever did the décor must have stumbled across a fire sale on artificial plants and ornate urns. There was one on the floor at every 90 degree angle in addition to two on the two end tables. A lamp on these would have been nice, but there was nowhere to plug a lamp in!

The entire facility was dimly lit with the exception of the spacious closets. And how fortunate that there was an ironing board therein. I’ll explain why later. 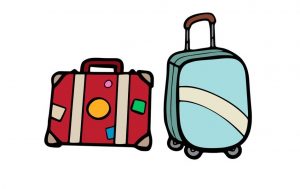 Hotel rooms typically offer a desk, table or at least a dresser where you can sit down, plug in a laptop and do some work. Here you could also charge your phone. With 2,800 sq. ft. and three rooms you might expect (we did) to have several such locations. There were NONE, other than the table where meals would be taken. The raised counter facing the kitchen could have been such a place except for the fact that there were no chairs or electrical outlets there. Nope, no such convenience existed but Jake did go next door and commandeer two bar stools which we ended up using to hang our jackets over and pile stuff on.

Since there was such poor lighting in the kitchen, Mike figured that was why he had a tough time seeing what he was doing wrong and couldn’t get the Keurig to work. So Lisa, one of the other five worker bees, having the same problem, ended up bringing us a different coffee maker. Unfortunately, that one didn’t work either. As luck would have it, the third time was a charm when the unit next door gave up its fully functional coffee pot to our kitchen! Jackie commented, “Wow, it’s nice to have a hot cup of Joe, but these sugar packets are as hard as a rock.”

Each bedroom had a double vanity/sink situated right next to the headboard of the bed. And next to it was the all glass enclosed shower. While the commode was located in a tiny room and had a door there was no privacy or way to close off the rest of the bathroom from the bedroom area. So from a modesty and noise standpoint there was no escape. The entire facility was alerted when entering our bedroom. One of the French doors screeched like a rusty hinge on the gate of a haunted house. At my behest, Rose, employee #3, said she would look for some WD 40. I suggested she just go next door. That villa seemed to have provisions galore!

When it came time to unpack my toiletries, I stood in front of the double sink/vanity and couldn’t believe my eyes…there was less than no place to put my stuff! Toothpaste, toothbrush, face cream and that was it and just not enough. Necessity is the mother of invention and so the ironing board came into play. I opened it up under the bright lights of the closet and spread the entire contents from end to end. What a life saver.

My husband wasn’t so fortunate (I would not share). After having several of his items roll off the side of the vanity on to the floor, he shoved a wadded up bath towel in the void to address that problem. There was only “ONE” wall hook in the entire bath area on which to hang anything…no towel bars either. We left our meager towel supply stacked up on the floor next to the shower door. A chair in the room would have been nice to put them on. The toilet offered the only place to sit down to put shoes on or take shoes off. After mentioning this problem to Jake he disappeared (guess where he went?) and scored a chair for each of our bedrooms.

We did find a great purpose and a bit of entertainment for a couple of the towels…we used them to swat flies. As aggravating as the little buggers are, we began a challenge to see who could kill the most. By the end of our stay we had murdered a total of 15. Never did solve the mystery of how they were getting in but did have a theory. Could have been that they were coming from within. Like they had a nest, or several, located in the urns scattered all over the place!

I mentioned last month of our daily trips to Walmart for supplies.  I failed to include, amongst our purchases, toilet paper, paper towels and tissues. While our “deluxe” accommodation did include these items, they were all of the single ply variety.

Late the last evening of our stay I decided to warm up some leftover pizza from lunch the day before. Rummaging through the cabinets I never did find a baking sheet. But there, stuffed behind some pots and pans was, of all things, a fly swatter that looked as though it had seen better days!

And so we learned this lesson again…the hard way

You Don’t Always Get What You Pay For!