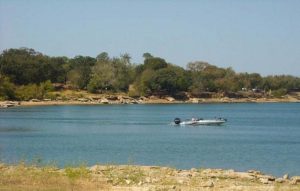 Two people died Sunday in separate drownings in Lewisville Lake, according to the Lewisville Fire Department.

The first one involved a 23-year-old woman who fell off a boat near Sunset Point in Highland Village just before 3 p.m. Lewisville Fire Department, Game Warden and Corps of Engineer boats responded to the scene, and using sonar, they located her body and recovered it around 7 p.m., according to a news release from LFD.

The second call came in at 7:48 p.m. for a 25-year-old man who went underwater and never came back up at Lake Park, near the swim beach. LFD and Game Warden boats responded and ran sonar, and LFD divers tried to find the victim, but they were unable to locate him and stopped for the night at 9:48 p.m. The Game Warden discovered the victim’s body Monday morning, and LFD assisted in the recovery at 8 a.m.

As of Monday evening, neither victim has been identified by the Tarrant County Medical Examiner’s office.