Fireworks are still not allowed in most local towns

The Independence Day holiday usually tempts many people in southern Denton County to buy and use fireworks as part of their celebration.

But fireworks remain illegal in most local towns, Fourth of July or not.

Most southern Denton County residents will not be allowed to use or possess fireworks at their homes on Independence Day this Saturday (or any other day).

Those little poppers you throw on the ground are allowed, though.

Shooting off fireworks where it is prohibited could land you with a fine up to $2,000. 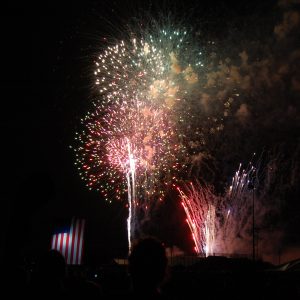 If potential fines aren’t enough of a deterrent, perhaps you may reconsider using fireworks because the loud noises they make can trigger PTSD in Military veterans who live nearby. The loud noises also disturb many pets.

Fireworks are allowed to be sold and used in unincorporated areas of the county and in Bartonville, if they are discharged on private property away from buildings and people, and as long as the Fire Marshal has declared it is a Burn Day. To determine if it is a Burn Day, visit the Denton County Emergency Services website or contact them at 940-349-2840.

Fireworks are also allowed in the town of Northlake, but only from 6 p.m. to midnight on the Fourth of July and New Year’s Eve, and there are some additional restrictions that can be found here.

Please remember, fireworks are prohibited within Town limits. To ensure your July Fourth weekend is a safe one and not filled with explosive repercussions, don’t be like these guys! 🎇🎆 pic.twitter.com/8JK01fStVr