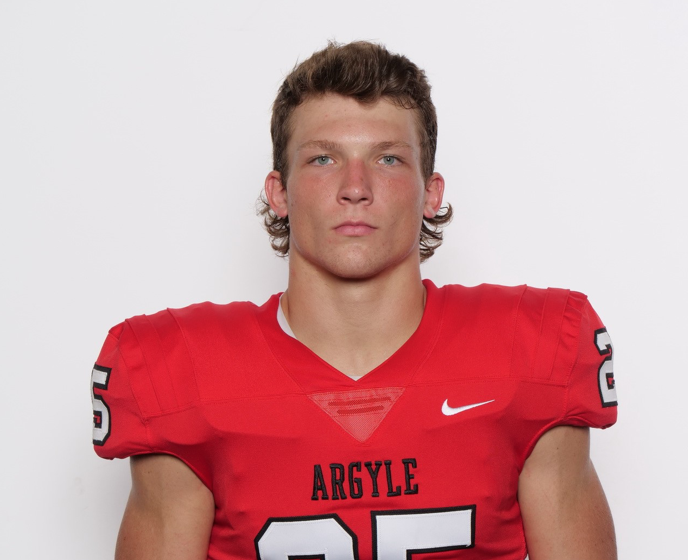 Ford Motor Company’s Player of the Week program is again honoring six outstanding student-athletes each week of the 2018 regular season, recognizing one player in each of the state’s six athletic classifications, according to a news release. The winners are chosen for athletic achievements on the field, as well as for outstanding scholarship and community involvement.

Petter was the only local student athlete to make the list for Week 1, which was last week. In Argyle’s opening 45-35 win over the Stephenville Yellow Jackets, Petter had a remarkable stat line of 16 tackles, including five for a loss and five sacks.

Petter’s awards and accolades also factored into him being named in the Player of the Week program: