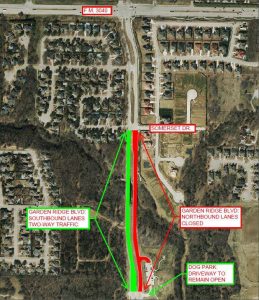 Starting Tuesday, all traffic on Garden Ridge between Somerset Drive and Spinks Road — just south of FM 3040 — will be shifted to the southbound lanes, according to a town news release. The driveway to the Hound Mound Dog Park will remain open.

0 0 0 0 0
Previous : Lakeside Village meeting on Wednesday
Next : Medal of Honor motorcade to pass through the area Wednesday