Flower Mound is the most livable small city in the country, study says 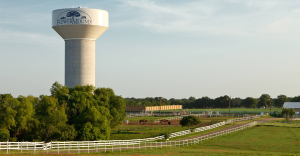 A new study named Flower Mound as the “Most Livable Small City in the U.S.”

SmartAsset, an online personal finance company, published the study Thursday, and Flower Mound topped it because of “its positive economic climate,” according to the study findings.

Flower Mound’s unemployment rate is only 3.1 percent, and only 4.7 percent of residents are below the poverty line, according to the study said.

For the study, researchers examined cities with populations between 65,000 and 99,000 people. Eleven key factors were considered, including unemployment rate, median home value to median income ratio and the concentration of entertainment, restaurants, and health care establishments, among others. Flower Mound is the only Texas community in the top 10, with Mansfield coming in at No. 12.