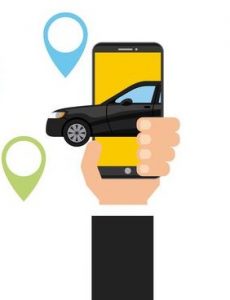 I hate admitting how mentally challenged I am when it comes to today’s technology.  I speak here specifically of my iPhone and computer.  Ya know how someone might ask you what you’d like to be proficient at if given the opportunity?  My husband, most times, will say that he’d like to play the piano or be able to trip the light fantastic.  You millennials might have to Google that.

Speaking of Google, I bet it’s been less than a year since I learned to use The App Store on my phone.  Up to that point I used my iPhone as a telephone, if you can remember that term.  Then one day a friend, who is highly computer savvy, showed me a couple of things…OMG I had no clue about this other world out there.  I decided that if I were ever asked what thing I’d like to do really well, I would absolutely aspire to be a real live “Black Hat” turned “White Hat” and possibly hold that position with the FBI or CIA or one of those agencies.  I could but dream!

Before my iPhone 101 tutorial, I could see about everybody else in my world pick up their iPhone and do amazing things with it.  My son taught me that if I wanted to communicate with him, I must learn to text.  At first I detested it but after a couple of weeks with no verbal interaction with my offspring I began to gingerly type words and hit send.  This was exciting stuff!  Then I became curious about these cute little icons people were inserting in their messages.  The word “tickled” comes to mind when Emojis crept in to my skill set!  WOW, by golly, I then learned I could speak my text messages instead of typing them.  This was really a boon since I had a terrible time typing on that tiny screen.   Even if some of the translations of my spoken words didn’t quite come across the way I intended, those misunderstandings actually made my text quite entertaining!  Just a couple of examples: my son’s name is Brad but forever in the realm of cyber space he will be known as Bread.  I’m used to Ken, my hubby, consistently being Can.

Finding that my “i” was loaded with a complete version of Google floored me.  I could check out anything and everything from this small device I once viewed only as a means to give and get a call.  Will wonders never cease?!  I began to keep it on my person at all times.  I didn’t even want to charge it at night lest it be out of my sight for too long.  I had developed an obsession and a thirst to acquire more about its capabilities.  Unfortunately, I found I failed miserably at loading Apps.  Man could I screw those up.  When some kind soul would install an application, I, through trial and error, was able to use it.  Shouldn’t be that difficult, right?  But remember I’m challenged.

Recently, I had an upcoming trip to Kansas City.  From the airport to my destination (the home of my BFF from the seventh grade) was 40 miles.  She was hosting a rehearsal dinner that night for her son’s wedding.  I knew how busy and crazy she’d have to be in addition to no time in her schedule to mess with picking me up.  I’d heard about Uber but had no clue how as to how it really worked.  Friends who had used it raved and told me how simple it was to use the App on my phone.  Oh, oh, I knew right then and there I was in trouble.  My hi-tech hubby wasn’t around so I met up with a friend, phone in hand.  She allowed as how she was familiar with the Uber App and would do the install for me.  I must say it did take her a little longer than I expected but was eternally grateful for her assistance.  She handed the phone back to me and said all I’d have to do now was enter a little personal info, like my email address and credit care info.  “This I could do,” I thought to myself.

So I used the voice capability to insert the required fields.  A pop up greeting welcomed me to Uber.  I was delighted with the ability I’d now have to navigate around Kansas City (for a cheaper fare than a taxi would offer) and I could use my iPhone to do it!!!

A couple of days passed and I received an email again saying “Welcome to Uber.”  Then a day later, “Welcome to the Uber Family.”  Then a record of my driving revenue appeared and shortly thereafter I was invited to a free seminar to encourage and guide me on how to earn more money.  I guess it was this last one that finally registered that I was indeed registered as an Uber Driver!

I knew how to delete an App so that was the good news.  Plus I put Uber emails on my spam list to make certain they would leave me alone.  With only a couple of days left before my trip, I still needed the correct App. Another buddy entered in the proper App, saying my name and credit card info was already in place.  This made me a little skeptical but I figured the worst that could happen would be I’d end up taking a cab at Kansas City Airport.

The day before my trip, my BFF texted me to say not to worry about transportation to her digs… she would be coming to pick me up!  A flood of relief washed over me like the Emoji in tears.

I have yet to try my Uber App.  Think I’ll stick to texting, a little Google here and there and definitely abandon any delusions of becoming a “White Hat.”

0 0 0 0 0
Previous : Marty B’s restaurant opens in Bartonville
Next : Co-Parenting Throughout the Holiday Season During Difficult Times