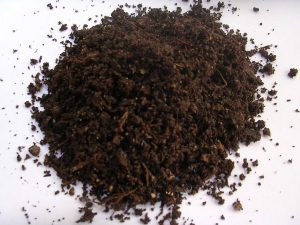 Unadorned soil is rock dust.  Add water for clay muds that run the gamut from loose to painfully stiff.  Stir or cut in dead or dying plant detritus to get what my college geology professor used to call globagerina ooze, the stuff that sustains soil animal life great and small.

According to Encyclopedia Britannica, a plot of soil might harbor millions of critters that are relatively great and small. Soil animals eat, digest, and excrete all kinds of molecules making the chemical ingredients available to live plants, upon which other animals, like gardeners, chow-down or use for floral arrangements.

Plant corpses– and animals, for that matter– fully compost into dark, high-carbon material called humus.  Productive land possesses a high proportion of carbon-rich humus in its top 1- to 6-inches of soil; and, conversely, unproductive land has humus-poor topsoil. Therein lays this month’s botanic tale, because all makes and models of living cells consume sugars, carbon and water concoctions, for the energy to “git’er” done.

If you dig up a spade-full of your untilled North Texas yard, you should see the humus layer at the top, because it is dark brown and crumbly.  The lower subsoil in your spade will be gray-brown prairie soil; and below that probably stiff clay.  What you see is what you get, or don’t get.

Cotton cultivation and share-cropping in the old days depleted the soils under today’s modern housing subdivisions.  In the 1930s, the manufacture of synthetic fertilizers, herbicides and pesticides staved off death for a few years, until builders arrived and removed the topsoil skeleton.  It is entirely possible to buy bags of sandy topsoil that don’t contain a speck of humus.  If the sun bakes your garden dirt into beige concrete, the humus is missing.

It’s possible to sheet compost, or build humus, on-site in the garden by layering dead leaves and bracken, a sprinkling of grass clippings, ½-inch of rotted manure, the local dirt and dabs of straw.  Construct as many layers as you can, then douse the bed, and turn it with a garden fork.  You will be surprised by how much water it takes to thoroughly wet everything.  Manures absorb a lot of water.

If your garden will lay fallow all winter, pile in the humus ingredients, and dig in anything else that will decompose (like kitchen vegetable waste), then let the concoction sit until spring.

Most vegetables will do fine in this acidic medium, but tomatoes will get blossom end-rot if you don’t neutralize the soil around them with a handful of lawn lime, a source of calcium.  Calcium also sweetens the taste of various crucifers; and, spinach doesn’t like to germinate without calcium in its vicinity.  No lawn lime in the garden shed?  Spinach and tomatoes don’t mind a generous handful of cold fireplace ashes mixed in the soil of their planting holes.