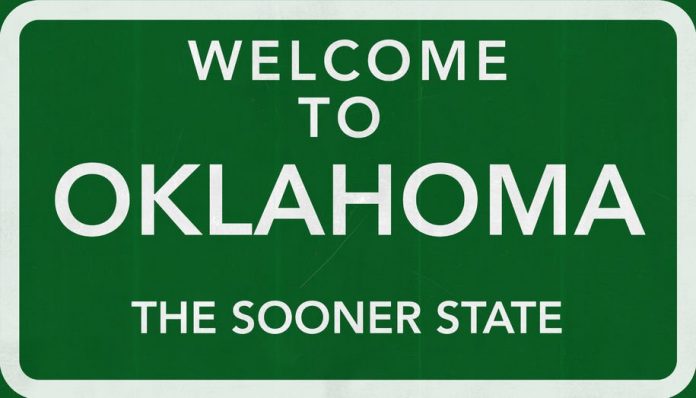 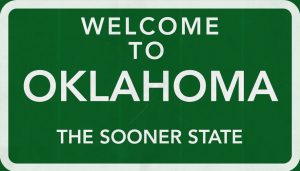 Recently, we’ve been bitten by a bug that carries a virus leading to short road trips.  We really know so little about many of the cities surrounding Dallas that it’s a bit embarrassing.  We did visit a few after first moving here but that was over thirty years ago!  Trying to recall details of these trips from our ancient past is like trying to catch flies with chopsticks.

Some months back we drove to San Antonio and experienced a wide variety of things to do and places to see.  Upon hearing that we got such a kick out of that sojourn, an acquaintance suggested we visit Oklahoma City.  I didn’t want to hurt her feelings but thought that was one of the worst ideas I’d ever heard.  What’s in Oklahoma City?!!

She began describing some wonderful trips to the city that she had taken with her grandsons when they were youngsters.  Travel to and from included an Amtrak train ride.  Now that sounded like a lot of fun!  I investigated the train possibility for us and another couple we travel with.  Unfortunately, their work schedules would have required a very late arrival time into OKC so we nixed that form of transportation.  Instead, we opted to drive which turned out swell, and took less than 3 hours by car.

I’d done my homework (like what did we ever do before Google?) and also had the Chamber of Commerce send me a bunch of literature that covered a plethora of sites to see and things to experience.  I was pleased and amazed at the vast variety.

The hotel we chose was reasonably priced, extremely nice and right in the heart of Bricktown.  “Bricktown?” you ask.  Yes, so named because of all the bricks (really).  Here we enjoyed a multitude of restaurants that featured delightful menus at sensible prices.  We stumbled onto a place called Crabtown and relished their food so much that we went back for second helpings on another night.  Our hotel was also conveniently located to the water taxi that cruised the Bricktown Canal (a miniature version of San Antonio’s Riverwalk).  The roundtrip ride took a little less than an hour so we rode it a second time on another day.  Both times we had cool and informative captains who explained the surrounding buildings and their history.

My favorite part was the depiction of the settlers coming to take advantage of the land rush.  At the time, the government was giving away land parcels of 640 acres to any newcomer.  There were 41 fabulous bronze sculptures of men, women, children, dogs and horses making the journey.  This exhibit will be expanded over time to include approximately 30 more figures.  Very impressive!  But most enlightening was the story we were told as to how Oklahomans became known as Sooners.  A greedy lot of the settlers secretly took off ahead of the rest and hid themselves.  When it came time to make a dash for the free parcels, these guys rushed ahead and staked their claim.  They arrived sooner rather than later, ergo they became known as the Sooners!  (I didn’t Google this so I don’t know if this particular tale is true or not, but it makes for a fun story.)

After that amusing bit of history comes a very sad time in our past…the Oklahoma City bombing.  This gave me goose bumps and I was glad I had a travel pack of Kleenex in my purse.  The presentation made you feel as if you could step right into the chaos and terror which took place.  This exhibit deserves plenty of kudos for the massive amount of detail…even down to the outdoor Wall of Survivors and The Field of 168 Empty Chairs, one for each life lost.

One evening we roamed around the Paseo Arts District which was rich with eclectic shops…jewelry, wines, pottery, paintings, crafts, clothing, all handmade.  There must have been almost fifty of these quaint little stores.  Each one offered free cookies and sometimes tea.  My husband sampled every one, sometimes taking way more than his share from a plate.  So when it was time to relax with some wine and cheese at an outdoor bistro patio, Ken was stuffed.

Everywhere we went, my girlfriend kept commenting on the absence of people on the streets and the lack of cars.  After all, this was a weekend and the weather was gorgeous, so where was everybody?

The same shortage of vehicles was true of the 45th Infantry Museum parking lot.  My take was that this place probably didn’t draw much of a crowd on a good day.  I found the content pretty dry and boring.  All three of my cohorts disagreed and seemed riveted by the vast collection of junky old stuff, facts and figures.  The only things I saw of interest were outside and included tanks and airplanes from wars of long ago.

It was Sunday and time to head home but not without a stop at the National Cowboy Museum.  This place rocked!  I could have spent days there.  Huge marble structures of cowboys and horses, rooms full of Indian artifacts, an exact replica of an old western town, a tribute to cowboy’s westerns and movies…who remembers Sugarfoot?  Well, as you can see, I really liked this exhibit.  We had just scratched the surface of things to do and see but our weekend visit had come to an end.

On the way home we saw four lane highways loaded with cars, bumper to bumper.  It was like a parking lot and we were relieved they were trying to go the opposite direction.  Then, as though a light bulb went on, this solved the mystery of the ghost town like atmosphere we’d just left.  The Texas/OU football game had been played this weekend and evidently drawn quite a crowd of Sooners!

So if someone ever asks you “Why did you go to Oklahoma City, like what’s to do there?”  Tell them to get a copy of Travelhost, Oklahoma City Metro…and they probably ought to do it sooner rather than later!