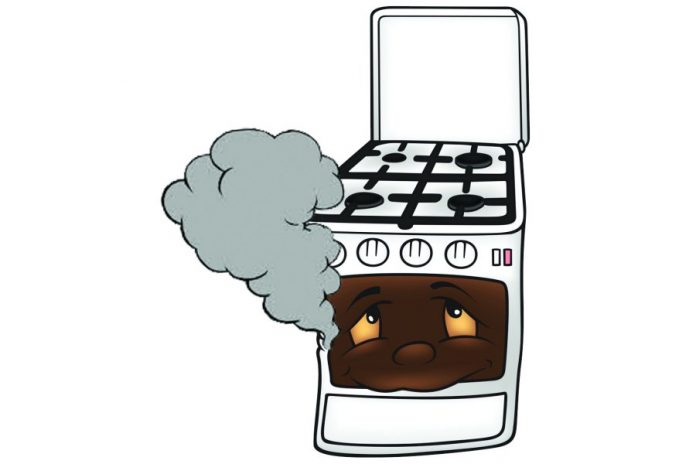 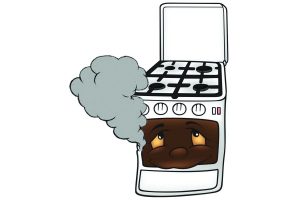 I’ll begin by going back to Thanksgivings’ past when we still lived in the Midwest.  Ken and I used to host the family Thanksgiving dinner at our house.  There was always one special dish that I’d make because, after all, it was tradition.  I don’t even know how long this hand-me-down recipe has been around but the card it is written on is in my grandmother’s hand.  It’s dotted with things that have been spilled and ultimately splashed on its face.  It is called, quite simply, ‘stuffed artichokes.’

The artichoke can be classified as a flower but by the way it is consumed, in this case, it is a vegetable.  The preparation is a bit of a hassle but the end product is so worth it!  I’m not going to go into the entire cooking process but rather I will say that once it is ready to eat, you pull leaves off, scrape them over your upper front teeth and bite off the very tender tip of the leaf.  The remainder goes in a bowl on its way to the trash can.

This one particular Thanksgiving meal, my older brother decided to be helpful and rolled up his sleeves in front of the sink.  He grabbed hands full of the spent leaves and shoved them down the garbage disposal.  Now, while, a disposal can consume many things, including bones and an occasional fork or spoon, its occasional finicky disposition can not do artichoke leaves.  The fibrous content of the vegetable can not be ground but rather shreds and clogs up the works.  My Bro was going to win this battle…so he turned the water on full blast, hoping to wash the shreds down, but ended up filling the sink with yucky water which then cascaded onto the floor.  He’s never donned an apron since!

More recently, a friend from Florida called to wish us a Happy T-Day. When we asked how his had gone, he laughed heartily, reiterating how he had managed to set the oven and the turkey on fire.  Seems as how some of the grease from the turkey pan splashed out onto the oven coils and before he knew it the whole thing flared up.  He took a fire extinguisher to it and immediately called the country club he belongs to.  Mind you, this was Thanksgiving Day!  Yet he managed to wrangle, not one but two beautifully roasted birds complete with all the trimmings.  And so it was a short time later he was able to serve his guests a feast, complete with a memorable story.  Bravo, Bob!

Another friend, choosing to BBQ his turkey, caught his backyard fence on fire. There were several couples who happened to be outside, keeping him company while he cooked…and he truly is an excellent cook.  He got a little caught up in the conversation and turned his back on the bird.  Flames shot up and we all went scrambling for the extinguisher.  Once the inferno was under control, you could see where he’d managed to char the wooden fence in several places.  (This fence he shared with his neighbor).  The fun part was my husband had his camera out and was randomly taking pictures.  It was a pure coincidence that he had it trained on Glen at the time and was able to capture the perfect “Kodak moment!”  (For those of you reading this who are too young to know of any other way to take a picture than by using a cell phone…”a Kodak moment” refers to saving a moment of life on film for posterity.  You would do this using what you would call a dinosaur or relic camera).  So, no matter how hard Glen tries to deny the facts, to this day the reality is right there in the photo.

What better time than right around Christmas to have even more oven mishaps?

Not this Christmas, but the one before, I was given an oven thermometer.  I’d put this on my list mainly because I just wanted to be able to say I had one.  I had never used such a thing in all my many years of cooking.  But with the threat of E. coli and all the other forms of intestinal poisoning being talked about all over the news and the net, I decided I’d best make sure all my meats were done.  I carefully read the instructions on the box, and did not find anything to indicate it wasn’t okay to place the meter in the meat before placing it in the oven.  So I continued to preheat and then shoved the roast (thermometer stuck in the thickest part) in to the broiler.

Normally, I would have just walked away until the timer went off…well, maybe I’d have checked it in an hour or so.  This time, after a short while, I was curious as to how hot the internal temperature of the meat was.  Damn good thing not too much time had passed.  As I peered through the glass door, there was a puddle of plastic where the gauge had been.  I yanked the meat out and was able to scrape the melted remains off the top.  Dinner was none the worse for the wear and I went out and purchased a metal, made for the oven, meter.  I think I’ve used it twice.

I love to bake cookies at Christmas!  It’s fun to make several different kinds, even though after giving a goodly amount away, there’s plenty left to wrap around my waist.  For as many years as we’ve lived in this house, I’ve always used the lower oven to broil, bake or brown.  The upper oven is still a virgin.  My husband was passing through the kitchen right around the time I was brewing up a batch of Christmas cookies.  I asked him to turn the knobs on the far right (knobs that control the lower oven) to preheat to 375 degrees.  I continued to stir and drop dough on my cookie sheets.  When ready, I opened the lower oven door to find it cold.  On the other hand, the upper oven was and had been hot for quite a while.

That would have been okay except that’s where we keep the cats’ leftover food, in a plastic dish.  You might think this an odd place to put it, but there’s method in our madness.  The cats can open all the lower cabinets with their paws, so we can’t keep food there.  The upper cabinets, that I can reach, are truly loaded to the brim. Our kitties are able to leap tall countertops and atop the refrigerator at a single bound.  They cannot, however, leap in mid-air and open the oven door.  Besides, remember, I never use the upper oven.

So it took several days of prying, applying heat, then cold and cursing helped some until finally, we were able to free the broiling pan of the gnarly cat food dish.  Good thing the bowl had that pan under it or the upper oven floor would have probably been destroyed.

Of course, I really wouldn’t care because I never use the upper oven anyway!

I call these my Merry Meltdowns!