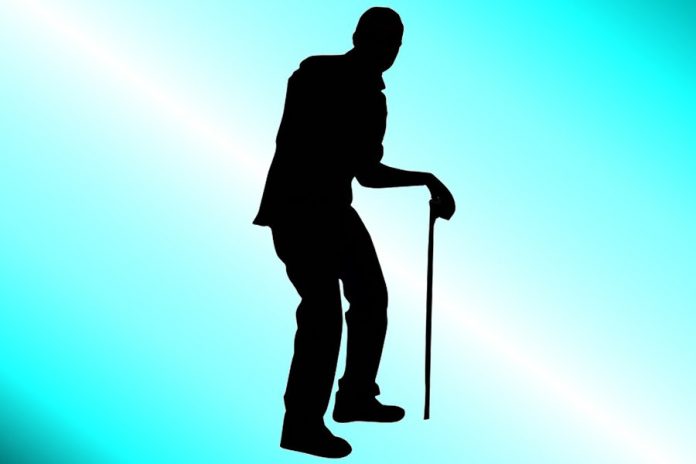 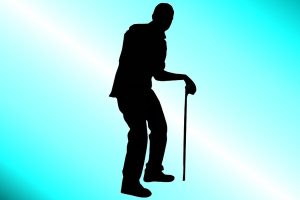 You know how every once in a while I mention my father-in-law? He’s better known to you and me as Papa Stroup. I love him dearly and this article is dedicated to his courage.

At 96, (well that right there requires courage) at his insistence, he’s still living alone. I’m not sayin’ that’s necessarily a good thing but the fact remains he’s pretty much on his own all the time.

Now and then, my husband finds it necessary to step in and plant a seed or two to motivate Papa to make some changes in his lifestyle. You can’t just say, “Hey, Dad, I think it’s time you quit driving.” That dog won’t hunt. But this is an excellent example of one of those adjustments that needed to be addressed.

Last winter, Papa had a run-in with the church parking lot. After services, he climbed behind the wheel and while intending to step on the brake he hit the gas pedal instead. Plowed into a retaining wall and totaled the car. He wasn’t hurt but sure could have been and could also have hurt someone else.

He was pretty shaken but still not willing to give up his freedom … he bought another car … exhibiting more courage. He was a bit overwhelmed, to say the least, trying to learn how to operate this new auto.

And so, after a few months of Ken gently nagging (I know that’s an oxymoron) Papa finally admitted defeat and turned the car in. He knew in his heart that there was the danger of hurting someone else and the thought of that was more than he could bear.

The house where Papa lives has 12 steps up from the street to the front or back porch. And from the kitchen there are 12 steps down to the garage under the house. The washer and dryer are down there, too. For years he’d been navigating the stairs using his cane. I don’t know that courage is the right word here…it was more like being stubborn.

One night, after becoming short of breath, he called 911 and took a trip to the ER. He stayed overnight, was told he might have a touch of pneumonia (don’t ask me how you can have “a touch” of pneumonia, especially at 96). They gave him some meds and sent him home.

Both my husband and Papa realized he just couldn’t traverse the stairs like he used to and so Ken convinced him that a ‘Chairlift’ would be a sterling solution to this dilemma. Ken did all the leg work and within a week of his phone calls, the lift was installed. Papa acclimated pretty quickly to his new ride and when asked how he was doing Papa said, “Well, I’ve been selling rides to the neighborhood kids for a buck a piece!”

He had fought the idea at first because of the cost. He’s hell bent on saving all his money for his offspring. He’ll do without things he needs rather than part with a dime. Case in point: he quit sleeping in his double bed, the bed he shared with Mama Stroup until she passed in 2007. He said the mattress was saggy and lumpy.

So he began sleeping in a spare bedroom, in a single bed that has the same mattress on it since Ken slept there as a young boy! Have to think that bedding was a tad on the tattered side … but that was his choice. Heaven forbid he’d buy a new mattress even though they’re on sale every half hour.

He says he never buys green bananas, “’Cause you just don’t know from one day to the next.” Flying solo leads to not having a proper diet. When we come to town, I cook and freeze individual homemade meals for him. These he can pop into the microwave with little to no hassle.

But he’s so thin and Ken and I both worry that he isn’t eating right, especially when it comes to lunch. So again, Ken intervened and arranged for “Meals on Wheels.” They not only deliver a semi-hot meal to his door every weekday, but if he doesn’t answer the door, they notify my husband and or the police department.

Papa calls the largest portion of the meal “mystery meat.” He says he’s never sure what it is and it pretty much tastes like cardboard. Nonetheless, he eats it most of the time and a few vegetables to boot. Dessert never goes to waste.  He’s by no means getting fat but consuming his “mystery meat” is again a display of his bravery.

I need a pat on the back in the courage department when it’s time to hug and kiss Papa Stroup goodnight or goodbye. He’s a good hugger, always has been.  But these days he’s extremely unsteady on his feet (even with his cane). He insists on standing when it’s time for hugs and kisses. I object as he struggles to get out of the chair saying, “No, no Papa. You just stay right there and I’ll bend down to give you some sugar.”

It’s like talking to a wall. The next thing I know (and I always know it will happen) he’s standing in front of me, arms out stretched so his cane is of no use. His shaky stance causes him to teeter and me to totter. Each time I fear we’re both going down. He doesn’t seem to sense the danger but these episodes leave me a wreck.

Things will be different this Thanksgiving when we visit him in St. Louis. He won’t be picking us up at the airport because he won’t have wheels. That’s great ‘cause we’ll have our own rental car and won’t be locked out of his car as has been the case in the past. Funny thing about one of those times we were locked out … the back window was left rolled down. Made breaking in pretty easy.

Well, I guess I’ve picked on the dear man long enough. One of these days he won’t be around and I’ll be very sorry and very sad. I’ll always remember the last thing he says to me before going to bed …

“Good night, Papa Stroup. I’ll see you in the morning.”
“I hope so, Honey Child. The good Lord willin’.”
(That’s where he gets his courage)