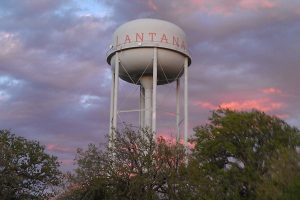 Your water bill is going up, but this time it’s not because you ran the sprinkler too much.

Lantana residents will pay more for their water and wastewater service starting Jan. 1.

Both budgets include a $3 base rate increase on water and wastewater services to cover the increase from raw water suppliers and to pay for a new ground storage water tank.

Dallas Water Utilities and the Upper Trinity Regional Water District are proposing rate increases for wholesale water and wastewater treatment that will affect Lantana and other Denton County towns and cities.

Board members also agreed to amortize the cost of a $2 million ground storage water tank needed in Lantana due to increased demand by adding an extra dollar to the water bill versus incurring more bond debt.

A property tax rate of $1 per $100 of valuation was passed by the boards, which remains unchanged since the inception of the development.

“The bulk of our tax rate, 87 cents out of a dollar, goes towards paying off the bonds that were used to build Lantana’s infrastructure,” said FWSD #6 board member Max Miller.