Smith a UA All American 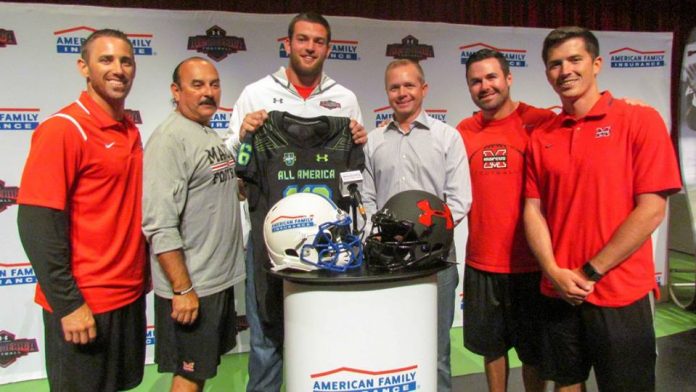 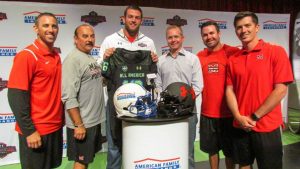 The event was part of the three-month American Family Insurance Selection Tour for the Under Armour All-America Game.

Smith, a Stanford tight end commit, is one of more than 90 players selected to compete in the ninth annual Under Armour All-America Game presented by American Family Insurance, a nationally televised competition spotlighting the country’s top high school seniors. The 2016 Under Armour All-America Game is slated for Saturday, Jan. 2, at the Orlando Citrus Bowl and will be televised live on ESPN2 at 11 a.m.

“It’s a great honor,” Smith said of being selected for the game. “Not many kids get invited and I got invited very early in my high school career. It feels great, looking around at some of the other players who will be there.”

The national American Family Insurance Selection Tour recognizes top players as they follow their dreams on the gridiron and provides opportunities for competition, learning and personal development that will benefit them both on and off the field.