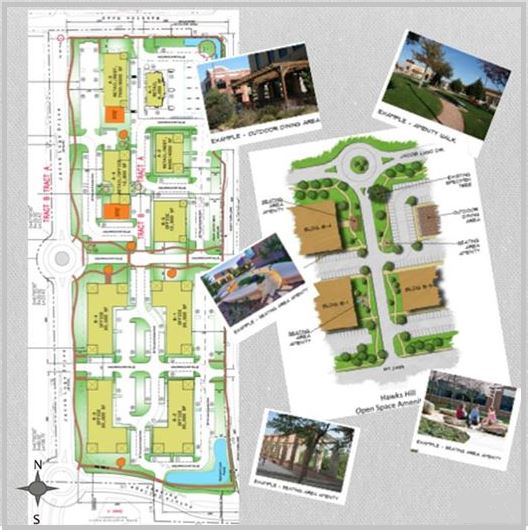 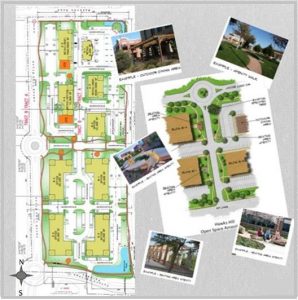 Residents told Flower Mound planning board members that a proposed 18.5-acre development on the town’s north side is not a good fit for the area, which is surrounded partly by neighborhoods.

Hawks Hill is an office and retail combination project planned for the southwest corner of Waketon and FM 2499 (Long Prairie) roads. It is spined by Jacob Lugo Drive, a road not yet developed, named to honor a fallen Flower Mound Marine.

“My big concern is Waketon Road,” resident Cindy Spillburg told the planning and zoning commission at a Monday night meeting. “During peak morning and evening school hours it is a complete traffic jam.”

Kendra Stephenson represents the project’s developers Hawks Ramsey LLC. She said an updated traffic study had just been finalized as of Monday and that it was free of any noted traffic concerns for the area, which includes Waketon Road.

That report rated the intersection of Waketon and Long Prairie roads at a Level C.

A concept plan for the project includes 9 buildings of office and retail space, including at least one restaurant with an outdoor dining area. 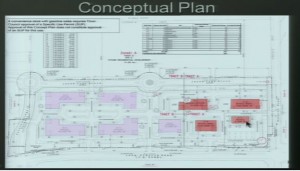 Another part of the project is a QuikTrip (QT) convenience store and gas station at the corner of Waketon and Long Prairie Roads. QT has not yet approached the town with plans, but it is noted on concept plans for traffic study purposes, Stephenson said.

Eddie Wynne and his son Josh live on Rippy Road near the proposed development site. They brought concerns about traffic and the proposed gas station.

“I’d like a little bit smaller QT. It’s going to be a nightmare,” he said. “They’re going to come here from the other side of Lantana to go to this QT. People would probably come from Argyle for the QT.”

As for his young son Josh: “Me and my brother wouldn’t be able to ride our bikes or visit our friends because there would be too much traffic,” he told the commissioners. “It would be nice to have a QT because I’d just have to go across the road for a snack or something but there are ups and downs and this has a really bad down.”

The project’s landscape plan complies with the town’s master plan for SPA 5. Included is public open space with masonry/rock seating and water features. A sloping knoll cuts through part of the property and developers would like to keep the topography original, hoping to incorporate building design and placement to work with the slopes.

Melissa Grant said the light and noise pollution from what would be a 24-hour gas station would be a strong detriment for those who live nearby.

“You’re talking about putting a gas station on a hill — kind of on the side of the hill, but it’s still a hill,” she said.

A town trail also runs near the site.

Developers need the site to be rezoned from agricultural to a planned development district No. 141 with retail district-2 and office district uses with some modifications and exceptions.

The project plan calls for saving 5 out of 6 specimen trees on the site.

The planning board tabled the project until September 28 to clarify a traffic issue at Waketon and Long Prairie roads.