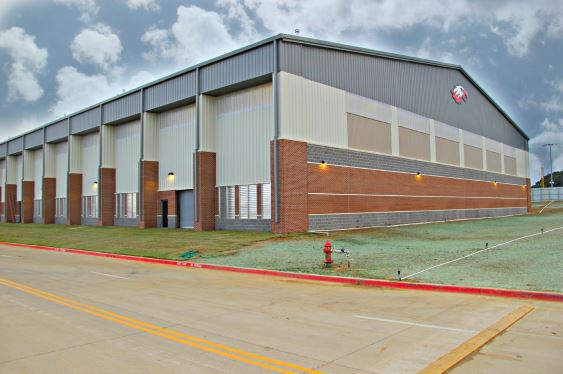 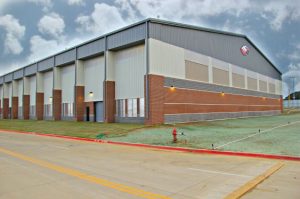 Construction is moving along for several Argyle ISD projects, funded by a bond in May of 2014.

As part of a $45 million bond package passed last year, the indoor facility was to include a 60-yard field to allow indoor practices for athletics and band during inclement weather.

“We got in on Monday,” Wright said. “We’re letting the coaches get moved in. No students yet.”

Athletic upgrades also include a baseball and softball field, 4 additional tennis courts, a girls’ fieldhouse, visitor restrooms and expanded seating on both sides of the football stadium.

Wright said quite a bit of work has been done on the new middle school in Canyon Falls, although it’s primarily foundation work, not yet a vertical structure. That school is expected to open in August 2016.

“We will need another bond for phase 2 of that building and for an elementary and administration building in the fall of ’17 or spring of ’18,” Wright said. “That doesn’t mean that the board has called a bond, just that will be needed in order to meet the facility demands.”

Argyle ISD is getting new students from various places, including Harvest, which is bringing in 2,550 homes, and Canyon Falls, which is bringing about 1,200 homes. Students are also flowing in from other are subdivisions, Wright said.