C. Stroup: Do Not Disturb! 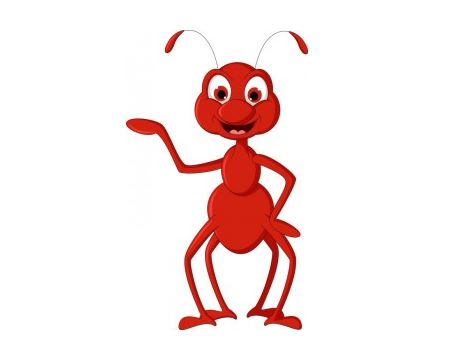 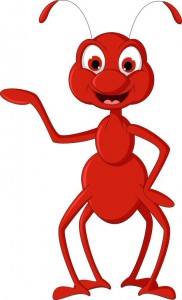 In every yard both near and far, the owners need to be on guard. There should be little signs on the end of little sticks that make you look down really, really quick. They need to be in the ground in the places wherever fire ants are found.

You might think this is overkill but go outside and count the hills. Their favorite season is here and now. Well actually, they’re with us all year long. Fire ants are possibly the things I loathe the most and they reside in Texas from tip to tail.

I’m from Missouri and I’d never heard of insects that are so absurd. I envisioned them as being quite hefty in size, as this was Texas and, “everything’s bigger” I was advised. I also assumed they’d be bright red, not just their bodies but also their heads. The boring black piss ants I was used to back home minded their own business … they left you alone. For sure in a hurry, I learned a lot, that the bite from a fire ant burned red hot.

Having no more information than what I’d conjured up in my head, clad with no more than flip flops, I walked the yard without dread. Innocently picking weeds, I stepped into a heap from which fire ants came boiling out, thirsty for fresh meat. I was defenseless as I watched them swarm over my bare feet, heading up to my arms.

Once an army’s worth had engulfed my calf, the General ordered, “Charge” and they unleashed their wrath. OMG, I was in a panic! What had I done to rile these fanatics?! I tried to shake them by swatting and slapping, and loudly cursing, all the time hopping. While it looked like I’d invented a new dance craze all I was doing was trying to save my legs! And in a matter of seconds my red lower limbs (unfortunately bare) continued to burn as though the fiends were still there.

Later that evening, some small, some large, blisters popped up where itchy red dots first were. The name “fire ants” took on a whole new meaning. It meant, for certain, there would be plenty of screaming. This was truly baptism by fire!

I remember one time when a friend of my sons came over to play … they were probably around seven or eight. It was the end of May. Bobby stepped into a mound of the angry insects and went wailing and jumping down the street as though he’d been snake bit. He was allergic to the beasts and had an immediate reaction. I ran as fast as I could but could not catch him.

His mom called me later to say she had taken him to doc’s and he was okay. But she also made it sound like it was my fault in a way. I thought this was pretty nervy on her part and took it as an insult. I figured she had just as many mounds in her yard. Just sayin’… getting rid of them is pretty damn hard (And it’s not like I hadn’t tried).
I quickly learned to recognize their mounds and the need for avoidance where they’d be around. Finding a “sure fire” way to rid my yard from this affliction – “As seen on TV,” (my prayer was that this wasn’t just fiction) the product was touted as the proven method for fire ant eviction. You simply sprinkle the mound with the granules of white, the worker ants gobble up every bite. They do save a few morsels to take back to the queen who thinks it is a meal supreme. She hurriedly forages and quickly ingests … no more ants, no more matriarch, no more demonic pests!

As anyone who has employed this method of removal knows, it only serves to relocate the red devils to another hole. The queen never dies and the ants seem to multiply. What’s so ridiculous is that I keep buying this stuff, year after year with the same results. The fire ants win, they’re just too tough.

The brand new formula I bought this year is guaranteed to be effective all summer, at least that’s what I hear. I figured, “What the heck? I’d give it a whirl.” The prospect of living another season with the ants made me want to hurl. It was pretty pricey but I was willing to pay especially if it would really make the fire ants go away.

After talking with a salesman about my plight he said he knew what would make it right. In fact he said he’d used it himself and he handed me a bag from right off the shelf. I read every word of the directions and prepared myself for the fight. Clad in shoes and thick socks I began my approach to wipe out the fire ant blight. I was to sprinkle a half of a cup of the almost sand-like gray grains when upon a mound I came. It said next to pour one- to two-gallons of water over the heap. Deep into the ground this would cause the poison to seep.

I grinned as the surface ants appeared to writhe in pain. I hoped for the queen it would be the same. A second dose of the treatment in some places was needed. That’s because some of the directions I hadn’t quite heeded. The man in the store had told me (as did the directions) that having killed the active mounds, I’d need to use a spreader full of the killer on the rest of the ground. I didn’t bother to tell him that I lived on a very large lot and it would cost me hundreds of dollars which I had not. And while I bragged earlier that no amount was too much to pay out I do have my limits and a somewhat big mouth. My bad?

As of this writing, I have almost no fire ants! Not that I won’t, not that I can’t. But I’m pretty convinced that the new product I put down really did kill all of the mounds. Now it could be that all the rain we’ve had drowned the vast majority of the culprits and made the rest mad. So maybe they’ve decided to relocate, not just a few inches but to a brand new place.